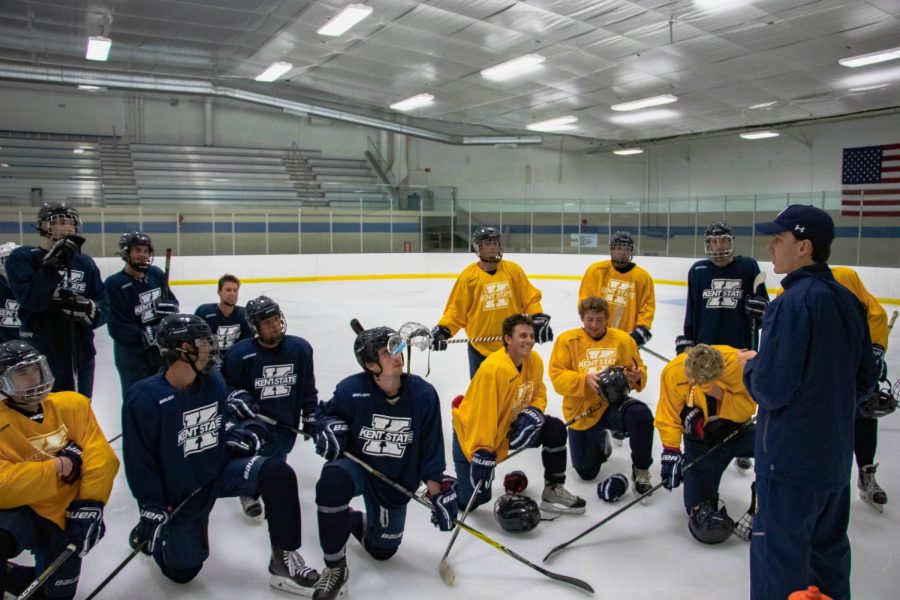 For years, Kent State club hockey coach Jim Underwood knew that many hockey players didn’t get a chance to compete in college.

Kent State has a Division I team, the highest level of club hockey. When Underwood had to cut players in the last few years to have a manageable roster, he went to the university with a proposal to add an entire new team.

It would give more people a chance to play, he said, and could help enrollment by giving students one more reason to come and stay at Kent State.

So Kent State’s first Division III hockey team will take the ice in its first game later this month.

“This was a perfect time with the way hockey is growing at the younger levels,” Underwood said. “When you look at hockey at the NCAA, it’s not growing. So all these kids coming from youth hockey, high school and junior hockey need a place to play.”

The Division I team gets most of its players from junior hockey teams, where players have graduated from high school but need to develop skills before making a college or professional team.

Kent State’s new Division III team did a lot of promoting to surrounding high schools to reach players who were looking to play college hockey directly after leaving high school.

“We advertised our program on social media, got it out to different teams and contacted head coaches,” said Division III coach Zack Nowak. “We told them if they knew of anyone looking to play hockey next year to check out our program.”

Nowak is entering his ninth season with the hockey program. He is a former player, recruiting coordinator and assistant coach for the Division I team.

Nowak is looking forward to a year of development and growth for his new team. The new team is very young, comprised of mostly freshmen and sophomores, and Nowak said the focus this season will be on growth and development.

“At the end of the day, if we can provide an opportunity for kids to have fun, enjoy their college experience and give them the skills they need to have success in college for academics and athletics, that would be my goal,” Nowak said.

As with the Division I team, most of the expenses are through fees paid by players. It’s about $2,000, they said.

The players on the Division III team are optimistic that they will have a successful first season while creating a part of Kent State history. The team is excited to live up to the expectations given to them and hopefully bring more success to the Kent State hockey program.

“Other programs in the area do not even compare to how good Kent’s program is,” Brooks said. “I wouldn’t want it any other way. The coaches, staff and trainers are organized and so nice.”Everything we do is going to be history—it will be really cool for a lot of the guys.”

The team will play its first game Sept 29. at the University of Pittsburgh at Johnstown.