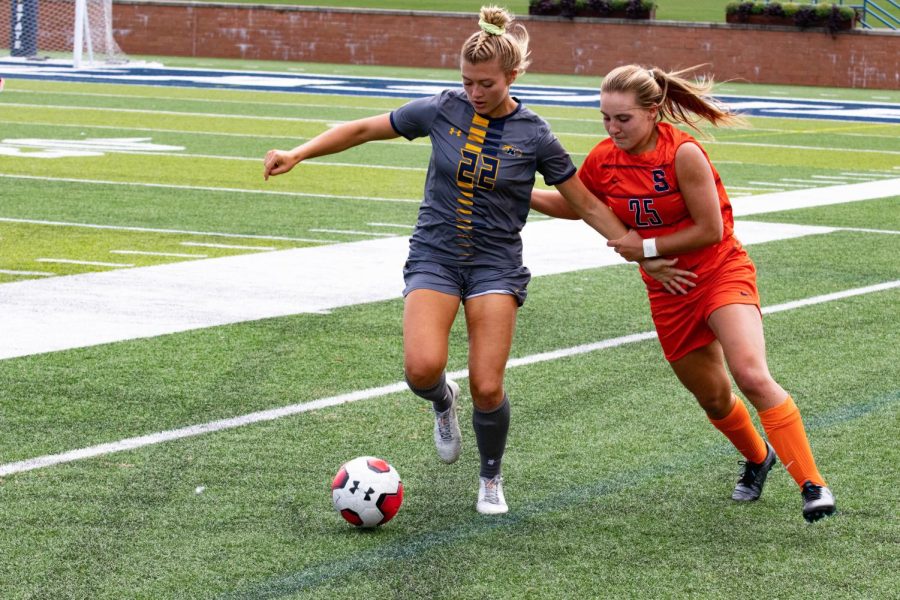 “We’ve been battling and battling hard,” Hellstrom said. “I think that all our hard work and battles are paying off.”

Despite 31 combined fouls, the team was unfazed as they improved to 1-3-1.

“You can’t look at the officiating every time,” Hellstrom said. “It’s always going to be a physical game when you’re playing a great team, we knew they were going to be physical so we had to match that.”

Along with the aggressive offensive attacks, sophomore goalkeeper Faith O’Neill had another great performance as she recorded her second shut out of the season, and her fourth game of giving up no more than one goal.

“We’ve been working on our setpieces a lot,” O’Neill said. “Going into today we wanted to make sure we got a goal off a set piece and that’s exactly what we did. In the past game we’ve had a lot of opportunities to score and it’s nice to finally put one away.”

As his players celebrated their first victory of 2019 by singing happy birthday to freshman defender Reilly Ford, coach Rob Marinaro talked about his team’s great effort.

“I thought we managed ourselves really well,” he said. “We were very organized on how we pressed in the beginning of the game. Ultimately we scored off that set piece which was great effort with Karly getting on the end of it.”

Dante Centofanti is a sports reporter. Contact him at [email protected]