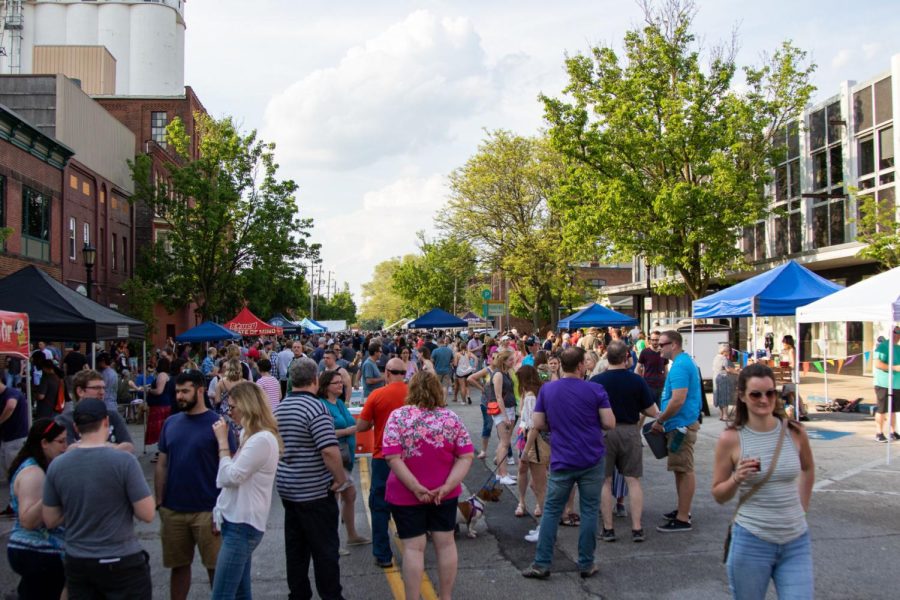 Thirsty people gathered on Water St. between E. Main and Portage to enjoy malt beverages from all across Northeast Ohio on May 18, 2019.

Kent residents rang in the summer with beer, food and warm weather on May 18 at the inaugural Kent Craft Beer Festival, hosted by the Kent Jaycees and presented by Ray’s Place. Twenty-two breweries from across Ohio came to Kent to participate.

Attendees like Greg Schmidt, 26, who drove in from Mantua, sampled craft beers from local breweries and were entertained with live music. “I think it’s great,” he said.  “It’s so hot out, but the beer’s all nice and cold. I really hope they bring it back next year.”

The Kent Craft Beer Festival is the first of its kind for the city. Among the breweries that participated were Mad Cap Brew Co., which was founded in Kent in 2011.

The festival was advertised to be “an environmentally friendly festival striving to lower the environmental impact though waste reduction and responsible resource management,” according to the festivals website. Dozens of recycling bins were placed around the festival and attendees were given a refillable souvenir glass rather than plastic cups.

All profits from the festival will be donated back to local community organizations through the Kent Jaycees young professional organization.

David Williams is a reporter. Contact him at [email protected]