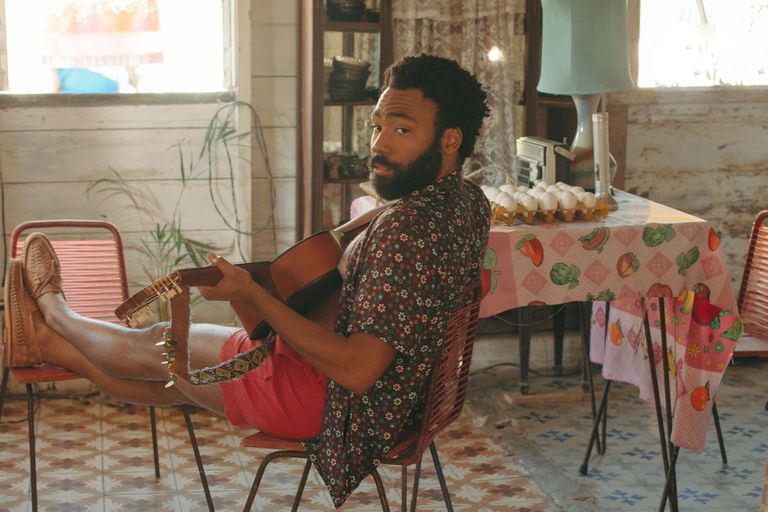 “Guava Island,” the artistic brainchild of Hiro Murai and Donald Glover, is one of the purest pieces of creativity and fearless expression of 2019, further cementing the filmmakers’ idiosyncratic genius. Amongst a seemingly never-ending sea of mediocrity and creative tolerance, Glover and Murai combine for yet another glimpse into what art can look like when you do it for the right reasons.

“Guava Island” is a 55-minute short film / feature film hybrid that premiered last week at Coachella, able to be streamed from Amazon Prime a few days later. The story and its plot are relatively simplistic: Deni Maroon (Glover) is a musician and a dockworker on the fictional, eponymous Guava Island, working long, hard hours every day to appease the nation’s ruler, played by an ominous Nonso Anozie.

Deni believes in the freedom afforded to everyday people through art — the way it makes you feel rather than the tangible benefits you can get from it. Deni wants to stage a massive music festival for the hardworking people of the island, but the island’s leader quickly steps in to put the kibosh on that idea. He can’t allow the people to taste that freedom, that blissful middle-ground devoid of responsibility. They have to go to work tomorrow. The rest of the film centers on Deni’s internal struggle in whether to follow his heart and go forward with the celebration or to follow his brain and whither under the dictator’s heavy-handed threats.

“Guava Island” is a logical extension of some of Murai and Glover’s other works together, specifically the music video for “This is America.” Here, on “Guava Island,” Glover, with the help of Murai and a script written by Donald’s brother, Stephen, paint a pretty damning portrait of America and its capitalistic obsession with the profitability of art.

At one point, one of Deni’s fellow dockworkers laments his boredom on the island and imagines what it would be like to run his own business in the States. In the most tongue-in-cheek way imaginable, Deni responds, “This is America,” and continues later, “America is a concept. Anywhere in order to get rich, you have to make someone else richer, is America.” Glover and Murai aren’t necessarily the first ones with the novel idea that politics and the pandemonium that surrounds the topic tends to crush the people’s creative spirit, but damn if they didn’t make it look good.

“Guava Island” serves as a bit of an extended music video for some of Glover’s year-old music, including “This is America” and both songs from his “Summer Pack.” The energy emanating off the screen is palpable. To shoot “Guava Island,” the cast and crew essentially just went and hung out in Cuba for a few weeks and created something they loved, something they needed to say, to get off their chest regardless of the commercial appeal of it. Because of that love and unrequited emotional availability, paired with the island’s locals, the authenticity pops off the screen at levels I haven’t seen in any studio film in a long time, maybe ever. Murai shoots with a 4:3 aspect ratio and a noticeably heavy grain. These technical choices mixed with some remarkably beautiful locations make the film feel more like a dream than a movie.

This allows Glover to chew up each scene he’s in with the charisma and likability only he can provide. But this is where one of my only complaints with “Guava Island” comes into play: Rihanna and Letitia Wright are two of the most talented people working in show business today, but they have little more to do than to appear on screen whenever Glover’s character needs the plot pushed along. As I stated above, music is a huge part of the plot and vivacity of the film. Despite the fact that she’s literally Rihanna, one of the greatest musicians of our generation, she doesn’t sing a note in the whole film. Wright has one scene where she’s dancing; all the others are her sitting at a sewing machine.

Regardless of those gripes, “Guava Island” is pure cinematic escapism that lets you feel comfortable before it punches you in the face. It is, however, art for art’s sake, a creation born from some of the greatest creative minds working today. And for that, the world is better off for its existence.