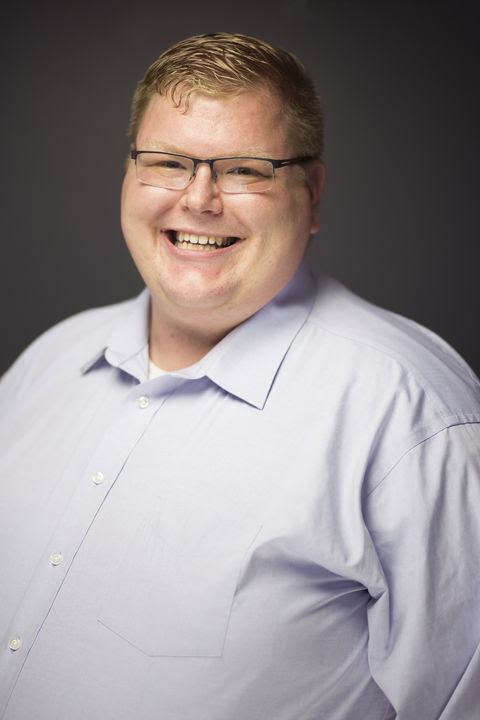 Dennis Campbell  is the Assistant Director for Fraternity and Sorority Life at Kent State's Center for Student Involvement.

Kathleen Wiant and Shari Foltz, the mothers of Collin Wiant and Stone Foltz, two students who died in Ohio college hazing incidents, spoke at the July 6 signing of Collin’s Law about what it means and how this law affects them.

At the signing, Wiant shared her thoughts about her son who she sees as her “lost protector,” and how her son’s character will live on through this law.

“Collin always stood up for the underdog,” she said. “Collin was a protector by nature. I can think of no greater way to honor him than a law in his name designed for the sole purpose of protecting others.”

It took two years for Collin’s Law to pass, and was pushed along following Stone’s death in early March.

At the bill’s signing, Foltz spoke of the promise she and her husband made to their son while he was in the hospital.

“We made a promise to Stone on his hospital bed that we would keep fighting,” Foltz said. “We would not allow this to happen again to anyone. No family should have to go through this, and we will put a stop to it. We will continue to fight.”

Collin’s Law increased the penalty for hazing from a fourth-degree misdemeanor to a second-degree misdemeanor, expanded the list of officials who are required to report hazing and widened the scope of those who can be punished for participating in or permitting hazing.

A violation of different acts of hazing that can result in serious harm is a third-degree felony.

The law will require that those aware of hazing report to authorities with penalties up a first-degree misdemeanor for failing to do so.

The law will also require the Ohio Department of Higher Education to implement a statewide anti-hazing plan, and requires staff and volunteers at colleges and universities to undergo training on hazing awareness and prevention, which is already implemented at Kent State, to prevent hazing of any kind in any school and university.

Kent State plans to implement any new requirements that are presented and approved by the Chancellor of Ohio, said Dennis Campbell, assistant director of fraternity & sorority life.

“We’re doing a lot of the things that are in Collin’s Law already actually,” Campbell said, “with educating and addressing and having a good policy and refining that policy consistently, and holding individuals accountable.”

Last year, the returning council of the Greek organization held a peer to peer talk about why hazing is a problem, and how to report hazing on campus. Students have taken a really big interest in supporting and caring for each other at the end of the day, Campbell said.

“My thoughts and prayers go out to that family of [Colin Wiant and Stone Foltz],” he said. “No parent/guardian should have to hear that [their] son or daughter was killed due to a fraternity or sorority hazing incident. That it’s unacceptable, and that’s why we do a lot of this stuff that we’re working on now that needs to cease to exist on college campuses.”

Students like Dylan Mace and Bowling Green State University senior Abby Rice, have expressed continuously the need for change in hazing culture and making it unacceptable across the nation. Rice said the law should have been passed before two lives were lost.

That is truly the goal for everyone involved in getting this law passed, to prevent another senseless death because of hazing from happening again to anyone joining a school sanctioned organization.

Kent State alumnus and State Representative Haraz Ghanbari, worked as joint sponsor of the bill. The role allowed him to  be one of the main authors of the original bill.

“I was a joint sponsor on that bill [Collin’s Law], but we had the companion version in the House,” he said. “The Senate had their version, which differs slightly from ours.”

Ghanbari also talked about the conversations that he had with the Wiant and Foltz families about what it means for them to have this law passed.

“Clearly, these families are still grieving the loss of their sons,” he said. “Yet, they understand that they’ve got to be strong and continue to fight so that there is never another loss of life, and until hazing has been stopped, the families aren’t going to rest in that.”

Mace said even though Kent State has been very good about deterring hazing culture, there’s more work to be done.

“We as Kent State, we need to work towards changing that culture of breaking down hazing,” he said, “and just making sure that we are hazing free campus for this upcoming semester and every semester after that.”

Raygene English is a reporter. Contact her at [email protected]