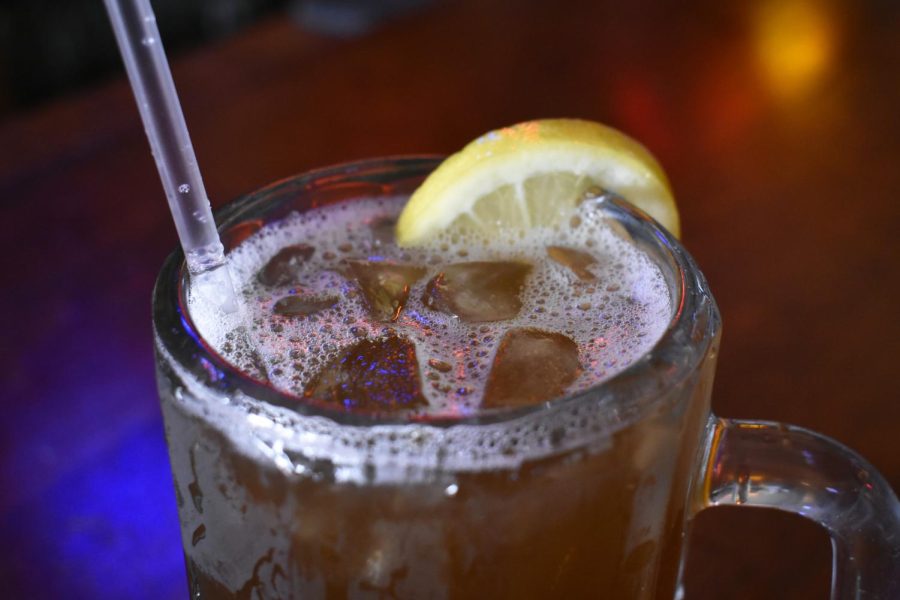 “We don’t have a Long Island mix,” he said. “We make it ourselves on the spot.”

That means a mixture of gin, rum, vodka, sour mix, Coke, lemon and triple sec. It’s a combination that has survived the test of time among bargoing students and locals.

Eighty-four ounces is a lot of alcohol, but the Water Street Fishbowl is meant to be shared. This popular mixed drink, served in an actual fishbowl, is available as a Blue Raz, Long Island or Mongolian. Water Street advertises the Mongolian Fishbowl as “our signature mix of 11 liquors, cranberry juice and orange juice.”

One Best of Kent voter wrote that the Fishbowl is the “best drink to share with friends, always a hit with everyone, great for photos and tastes like a Jolly Rancher.”

For classy alcohol consumers, there is no better drink in downtown Kent than Bricco’s martinis. One Best of Kent voter wrote that it gives them “super powers,” and another noted that “2 martinis is enough to get the job done for the entire night.”

From classics like a cosmopolitan to more unique options like pineapple upside down cake, Bricco offers a martini for everyone — 25 in total.