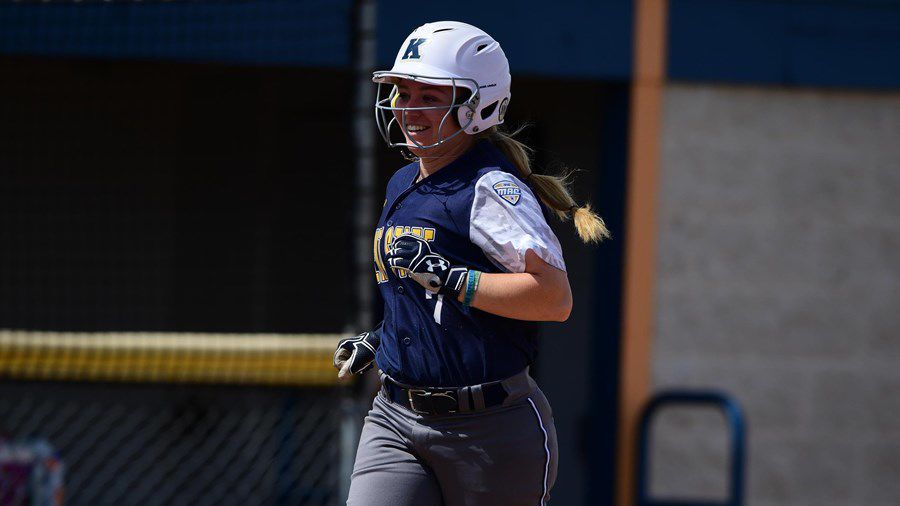 Senior Bailey Brownfield runs the bases in a game against the Akron Zips on Saturday, April 20, 2019.

With three shutouts this week alone and opponents hitting .196 off of her in the Mid-American Conference, freshman pitcher Andrea Scali is a force to be reckoned with.

Scali pitched 10 and a half innings in two games against Akron, allowing just six hits and no earned runs.

Scali had 13 strikeouts total, with five coming in her first appearance and eight coming in the second.

The Flashes won both games, extending their winning streak to five games and making them 10-4 in the conference.

Both Brownfield sisters had five hits over the two games, with Bailey doubling twice. She is now tied for the second most doubles in program history with 44 doubles.

Turner hit a grand slam in the first game, giving the Flashes four of their nine runs. During the Flashes winning streak, Turner has hit a home run in all but one game and is hitting above .480 in April.

Kent State returns to action against Saint Francis (Pa.) on Wednesday for a double header at home.

Saint Francis is currently 20-26 overall and 7-5 in the Northeast Conference. Previously, coach Eric Oakley has said that playing out of conference games can be a “blessing or a curse.”

“I think in the past we’ve had times where our mentality has been, ‘Oh, it’s only so-and-so, it’s only a mid-week game. It’s not conference, it doesn’t matter,’” he said.

“But it can also go the other way where people are like, ‘OK, let’s go have some fun.’ And it’s not about standings or anything like that, it’s just going out and playing a little bit.”