The famed Notre-Dame Cathedral in Paris is on fire 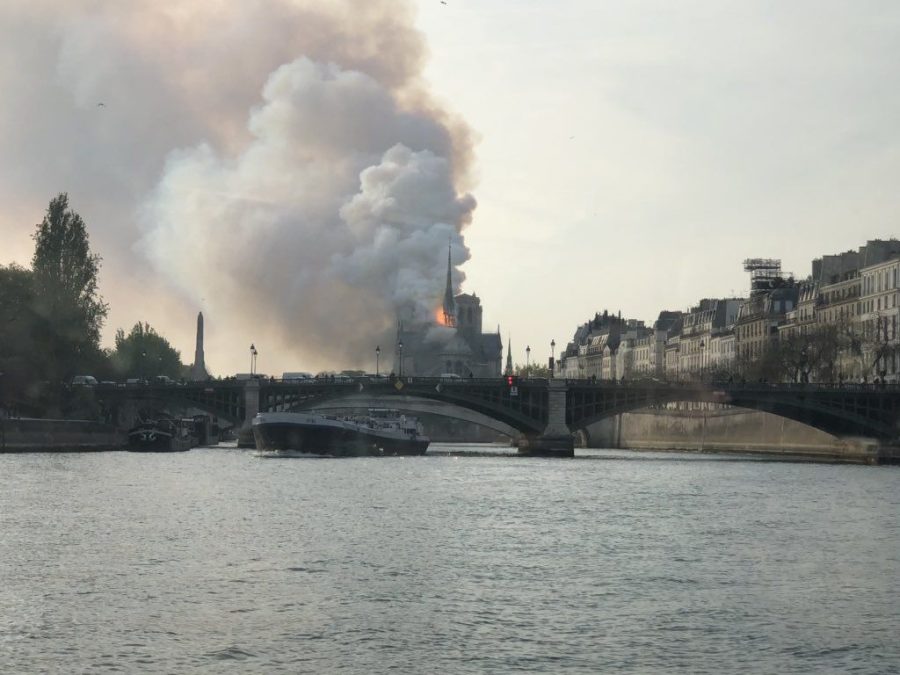 A photo captures the famed Notre Dame cathedral on fire.

“Notre Dame Fire in progress,” police said on Twitter. “Avoid the area and facilitate the passage of emergency vehicles and intervention of the @prefpolice.”

Images and video showed flames and thick plumes of smoke billowing near its spire, which is surrounded by scaffolding.

On Twitter, Hidalgo said: “A terrible fire is underway at Notre Dame Cathedral in Paris. The fire brigade are trying to control the fire. We are mobilized locally in close connection with church authorities. I ask everyone to respect the security perimeter.”

The medieval cathedral was completed in the 13th century and today, with its towers, spire, flying buttresses and stained glass, is considered a feat of architecture as much as a religious symbol.

Located in Île de la Cité, a small island in the middle of the city, the cathedral is one of Paris’ most popular attractions, drawing an estimated 13 million visitors a year.

The fire comes just days before the Easter Sunday and the end of Lent.