REFLECTION: A life in boxes 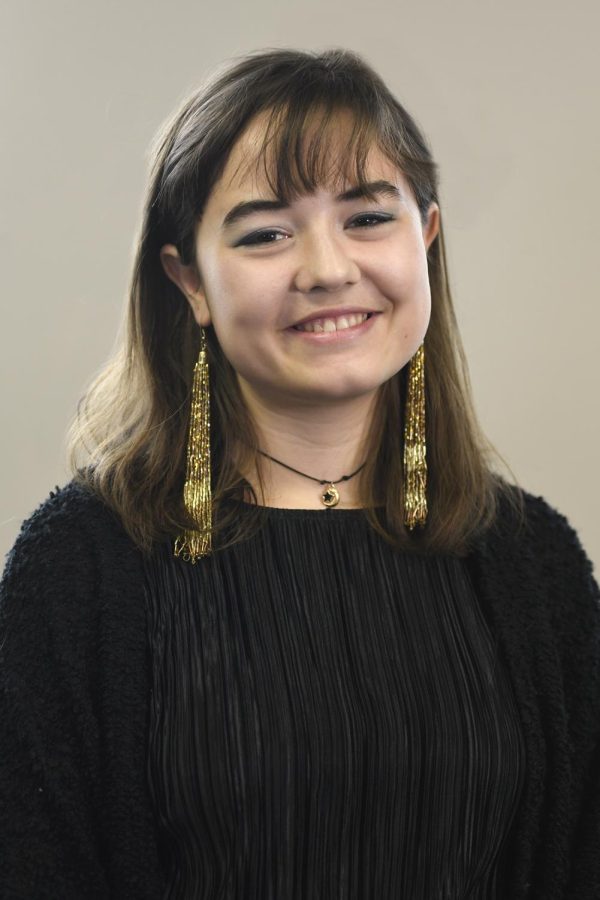 I’ve never yet had my own apartment. It doesn’t upset me, and after living at home for a year (something chronicled in a previous column), I almost forgot it was something I’d soon have to be hunting for. Next fall, as the summer winds down, I’ll be heading to Columbus to pursue my MFA. It’s strange to know what I’m going to do next after I graduate from Kent State, sure — but what’s weirder is knowing that, pretty soon, I’m going to have to furnish my own place.

As much as I’d like to imagine myself waltzing into an Ikea and buying every shiny shelving unit and comfortable-looking couch in the place, it’s just not realistic for a student coming right out of college. And since I’ve never had my own furniture outside of a bedroom set, I’ve been on the hunt for secondhand things. A few weeks ago, the search took a turn of fate.

My mother’s friend was clearing out her in-law’s place. Everything was going — the sinks were winterized, the “old lady chairs” were being put out and baskets and baskets of things were being donated to the local retirement homes.

My mother asked me if I might want to head over before school one day and take a look. Of course, being someone who desperately needed things to sit on in the new place, I said yes. When I got to Jen’s in-law’s condo, almost everything was gone. She ushered me in, saying how glad she was that I was taking some of the stuff. The dining room was piled with boxes and old glassware. The living room’s two chairs were amid a sea of random things — doll collections and cut glass bowls. I complimented the flowery rococo-esque chandelier that hung low in the kitchen, and Jen said she thought her mother-in-law must have inspired me to say it.

I was determined, though I have a noted weakness for antiques, not to leave bogged down with items I didn’t really need. After a warm greeting, we walked past what was left of the possessions of this woman I had met only in her dance apparel store — Jen told me this with the disclaimer that I wouldn’t be traumatized if she revealed who her mother-in-law had been — and down the stairs, into the basement.

I was confident I was going to be able to resist. I’d always been a sucker for being alone in spaces once full of life and presence, but she had already shown me some of the things I knew I was really going to take, compiled a box full of kitchenware and a flat of glasses , bowls and plates. I could keep myself focused on the primary reason I was there, or so I thought.

Down the stairs, the air got mustier. On the wall, a stitched-cloth representation of her husband’s family.  “You’d think this would be the kind of thing someone would want,” she said, if memory serves.

Jen asked if she could tempt me with some dollar store green glass coffee mugs. Might I want an old choir robe? A set of Christmas stemware? Each time, I declined, trying to be polite. The strange thing was, part of me did want all of that. I’d have no place to put any of it, and yet, something about the way the woman of this house had boxed all of the junk so carefully made me feel as if it was important. It felt sort of wrong, in a way, going through the remnants of someone’s things. (Later, Jen would say that cleaning out a house made you feel your mortality.) But maybe not wrong, exactly. Maybe more like you were excavating a life. We were archaeologists on a dig through the decades. Pretty soon, my strength gave out.

I spotted a shelf full of old books. They were gorgeous , and I told Jen so. If I wanted them, she said, they were mine. And I did want them — the spines all primary colors and block lettering, little line drawings for each children’s story. Jen and I flipped through old books, older and older the more we looked, until something slipped out of one. A little envelope, from the 1920s. An ancestor’s invitation to a graduation. There were reels of possibly blank tape. Family photos. Greeting cards with handwritten inscriptions. Some part of me wanted all of it, every last paper scrap, every unopened Star Trek Pez dispenser set.

I thought for a moment. Why? Why would I want these things that someone else had forgotten about? Maybe, I reflected, it had something to do with my own room. A vision floated there, in the basement: someone going through my letters and boxes, pulling diary entries from their dusty spaces. Wouldn’t I want someone to carry something on, if only a little piece of something? A scrap? The edge of a crumbling notebook?

By the time we got back upstairs, it was almost time for an appraiser to arrive at the condo. I got ready to leave, and had almost moved everything out to my car when he did. I walked back inside, ready to say goodbye, when Jen came down from the upstairs one more time.

“Now, I don’t want to traumatize you,” she said, in that same half-joking voice. She was holding a black cardboard hat box. Her mother-in-law, she said, was married in the ‘60s. All the brides wore rabbit fur hats.

Cameron Gorman is a columnist and an illustrator. Contact her at [email protected]