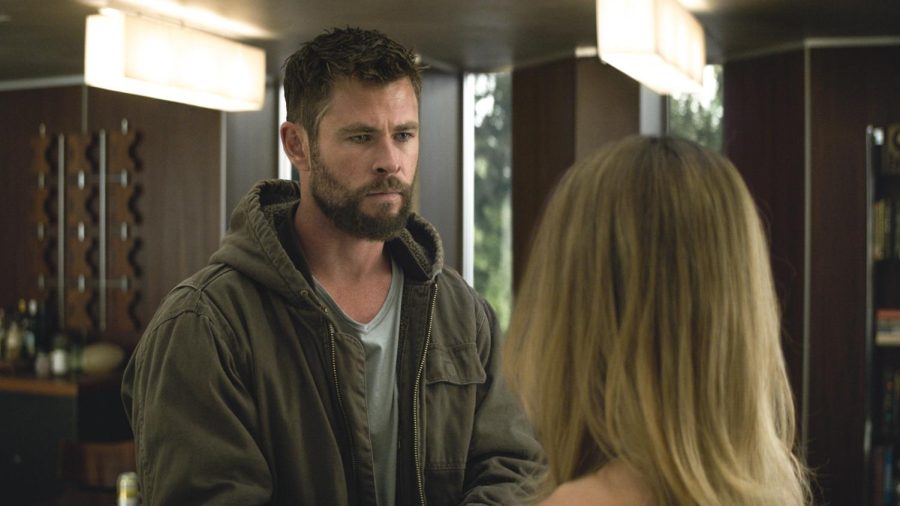 ***Writer’s note: This review will contain no spoilers because I am a civilized human being. I promise I won’t spoil anything. Pinky.***

“Avengers: Endgame” is the culmination the Marvel Cinematic Universe up to this point: 21 films over 11 years, breaking box office records, raking in $7 billion, shepherding comic books from relative pop culture obscurity to world-dominating cash cow. It’s had its ups and its downs — “Thor: The Dark World,” specifically — but everything that we have spent over two literal days of our lives watching comes to this. We know for a fact it will end up as one of — if not the — most successful films of all time, and every comic book nerd and casual filmgoer is going to hope — nay, expect — the Russo brothers, Marvel, Kevin Feige and their favorite heroes to produce something unimaginable in its scope, emotion and storytelling.

And yet, somehow, defying every odd, “Avengers: Endgame” absolutely demolishes every expectation we’ve placed on it. This film is unlike any we’ve ever seen before in the Marvel Cinematic Universe. As the marketing has made very clear, the stakes here are real. When you were watching “The Avengers” back in 2012, while it was immensely fun and full of childlike whimsy, did anyone really think our heroes might not win? Even worse, could they die?

After the events of “Avengers: Infinity War,” the team has its back against the wall, fighting an uphill battle that sometimes feels like a child ramming a square block into a circular hole. There’s a creeping sense of futility in every scene. I’m going to keep the plot details scarce here because everyone and their Aunt Susie will probably go see this movie, and I’m not going to be the asshole who gives it away. So here goes: The remaining Avengers who weren’t turned to dust by Thanos struggle to cope with those they lost and their roles in the failure. While some try to move on and forget, choosing to learn from the mistakes rather than to wallow in them, some try to hatch a plan to get those they lost back, defeating Thanos in the process.

With maybe the exception of “Captain America: The Winter Soldier,” though even that might be a stretch, “Avengers: Endgame” is the best-acted film in the Marvel Cinematic Universe. Special kudos need to go to Robert Downey Jr., Chris Evans and Scarlett Johansson. Those three were really the ones who got this party started 11 years ago, and they get their chance to shine here, but they use it so well. A lot of the acting in the most recent Marvel movies seems stilted, unenthusiastic and kind of confused, but they get a bit of a pass when you realize the actors are usually talking to tennis balls dangling from the ceiling to be filled in with CGI later. In “Avengers: Endgame,” the original six — Iron Man, Captain America, Black Widow, Hawkeye, Hulk and Thor — feel like an extension of the audience. Our journey with these characters is coming to an end, but the characters don’t know how much time they have left with each other either.

Apart from being an emotional rollercoaster, the film is ballsy as hell, which is especially commendable considering how easy it would have been to take the easy way out and laze through a predictable story. But Cleveland’s own, the Russo brothers, take some real swings, and it’s mind-boggling how few of them miss. Thor’s character arc, while probably my favorite in the whole film, is so out of left field and surprising that it took me a minute to process that it was on the screen. It started as, “Are they really doing that?” and ended as, “Damn, they really did that!”

“Avengers: Endgame” is miles ahead of all the other Marvel Cinematic Universe films in terms of emotional weight. Maybe I’m becoming a softie as I grow older, and maybe if I wasn’t so close to graduation, this whole, “Part of the journey is the end,” stuff wouldn’t have gotten to me. A bit of a personal sidebar here, I’ve grown to love what this university has meant to me. It’s given me a home, a place to feel safe. In less than a month, I’ll be bounding into the “real world” with a diploma, a cap, a gown and zero guarantees. That’s been eating at me, and I’ve pushed back on the notion that I have to move on with my life. “Avengers: Endgame” shows the two aren’t mutually exclusive; you can move on from your past while using it to embrace your future. As many of my amazing friends have shown me over the past few weeks, there’s an unattainable beauty in the simple act of not knowing, and bravery in acknowledging uncertainty. This is something “Avengers: Endgame” shows so brilliantly.

The Marvel Cinematic Universe has been a trailblazer in one other category too, and that’s fan service. It’s usually a term that’s been derided in big franchises like “Star Wars” and other comic book films as an excuse to replace genuine storytelling with things that make the fans ooh and aah. But as the recent Marvel films have realized, maybe the fans are oohing and aahing for a reason beyond looking at shiny objects. The fan service in “Avengers: Endgame” isn’t just there in place of story; it’s a logical next step in that story.

I don’t know how they did it, but they did. If part of the journey is the end, I’m glad it got to end like this.

But I’m even more glad I got to be a part of it.