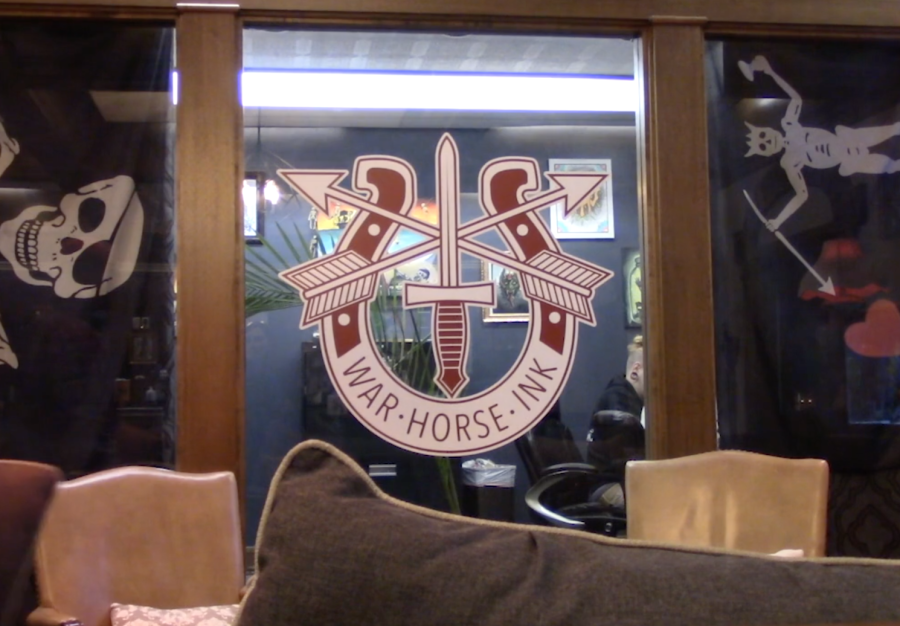 War Horse Ink's Kent location has been open since 2016, but owner, Clint Marsh, decided to expand his business by making Ravenna the shop's second home.

Clint Marsh has a long line of military background in his family. Straight out of high school, he joined the army and was deployed to Iraq. After 4 years serving his country, he decided to come home.

“I’m proud that I served my country but I looked forward to having a family and living.” Marsh said. “I wanted to explore life more than death.”

After working multiple labor jobs after his time in the army, Marsh felt that he still was not happy with what he wanted to do as a career.

“I continued to keep getting tattoos. That’s something I really liked doing while in the military,” said Marsh. Marsh got the idea of being a tattoo artist after he would sketch his friends tattoos. After training and working for a separate tattoo company for 4 years, he decided he wanted his own shop.

Marsh opened War Horse Ink in Kent back in 2016 and since then, his business has grown.

Marsh got the name War Horse from a fire base in Iraq. “I thought it would be a good way to represent the men and women that served in Iraq,” Marsh said.

“We have a rhythm and formula that works and it’s fun to apply it,” said General Manager, Samantha Coster. “It’s a very freeing career. You get to use your mind and explore it.”

“I got my first tattoo from Clint when he was at another shop,” said customer, Noel Verbic. Verbic has only gone to War Horse Ink employees for all her tattoos.

Marsh says he plans to open even more tattoo shops around the area.

“The sky is the limit and I hate sitting still,” Marsh said. “Once I’ve achieved some kind of goal, it’s always to the next one.”

“We are veteran owned and operated. There’s many people who worked here and served so military discounts is huge for us.”