OUR VIEW: Women get shit done 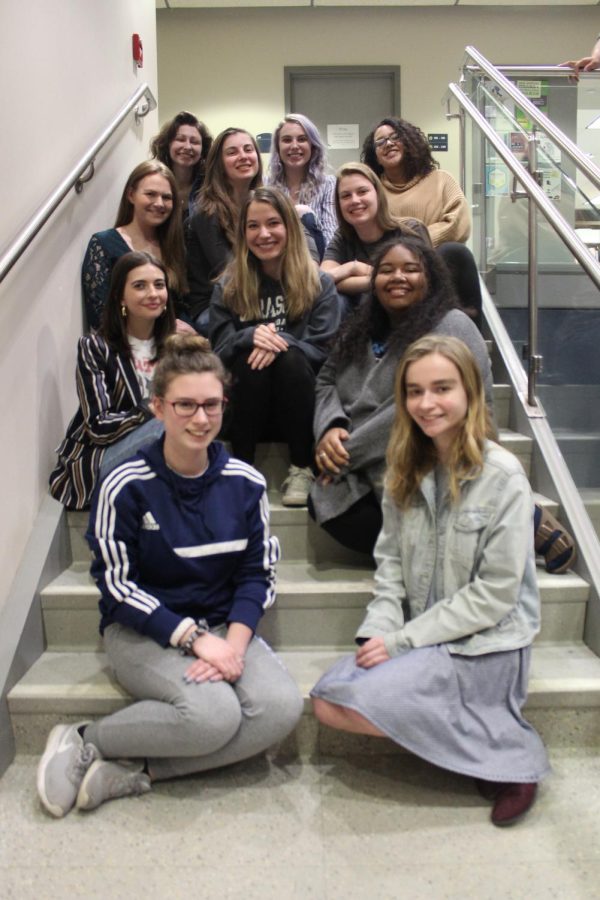 (The women of) Editorial Board

We, the girl gang of the Kent Stater, have something to say.

We put it together (with the help of a few men). Our college newspaper staff is more than 50 percent, almost over 60 percent, women. On production nights though, most of the team? Ladies. Because women get shit done.

It’s Women’s History Month, and we decided to focus this paper on strong, independent women — mothers, daughters, professors, women with Ph.D.s. and powerful women of the LGBTQ community.

This month — and every month — we work to acknowledge the strong women we have become, as well as the hardworking women who raised us and molded us into who we are today.

When you empower a woman, she becomes a catalyst for change that contributes to the success of everyone around her. The women in our community are the backbone of everything we do. Without them, we couldn’t do a majority of the things we wanted to (we know we wouldn’t be able to run a successful newsroom without our beloved adviser, Sue Zake.)

Behind every powerful woman is a story, and women in communications have the unique opportunity of voicing those stories through writing, broadcast, photo and advocacy.

As young college women, we want to use our voices in the most positive way we can. Years ago, it wasn’t even thought of for women to attend college; but here we are, working our way toward a degree that not all of our ancestors had the opportunity to do.

Each year, two-thirds of journalism graduates are women, yet the industry is only one-third women, according to Poynter. Where’s the disconnect?

Most newsrooms have more men than women in leadership positions, according to Google trends. When you think of popular journalists, or heads of media companies, most of them are men. We consider ourselves lucky to work in a newsroom that is primarily run by women (other than Dylan, who is in charge of our social media), and we cherish these moments because we know it won’t be like this everywhere we go.

We love and appreciate all the work the men in our lives do, but there’s just something about being surrounded by empowering women that makes the experience special. Women are strong, capable and willing to do the work that some men don’t think we can handle.

While emotion and sensitivity are so often associated with women, we take pride in that — but there’s still so much more that we have to offer. That emotional and sensitive side of women drives us to push through barriers every day.

Why do some people believe women aren’t capable? That we’re weak and too fragile to handle real work? We don’t know if we’ll ever know the answer, but one thing’s for sure: We’re not going to stop what we’re doing. And really, we’re just getting started.