Kent State’s “Cottage Starbucks” to close by end of July 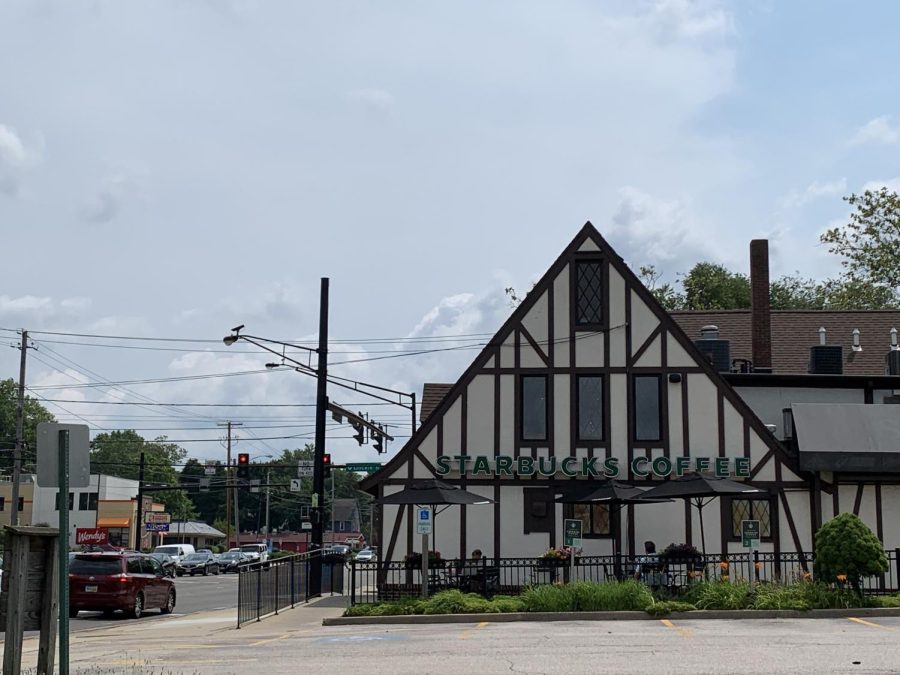 The "Cottage Starbucks" is located at the corner of East Main Street and South Lincoln Street. The location was closed July 26, 2021.

The Starbucks located at the corner of East Main Street and South Lincoln Street will be closing its doors by the end of July.

Affectionately called the “Cottage Starbucks” by students, this unusual location offered a bit of a different Starbucks experience, with two levels inside for dining and touches of vintage architecture.

The tudor-style building that houses the coffee shop and the former Spark Innovation Studio was the original home to Capt’n Brady’s and is almost 100 years old.

The Robin Hood Tea Room opened in the building in 1927, along with the first campus supply store and first contract post office. The Robin Hood eventually moved across Main Street in the 1930s.

The building was then leased to Doug Miller, who turned it into Capt’n Brady’s. Capt’n Brady’s was a long standing popular breakfast spot for students. The windows along Main Street were open for amateur artists to display their work and Brady’s held poetry nights on certain Friday nights.

Capt’n Brady’s closed its doors in 1985, with a new restaurant opening in its place. Starbucks moved into the building around 2003.

The coffee shop’s final day open will be July 26. A barista told KentWired that the COVID-19 pandemic took a toll on the business and the decision to shut down came from the Starbucks Corporation.

The building was purchased by Kent State in 2016 for $2.2 million, but the barista said the university did not influence the decision to close.

According to a memo distributed to the Kent State Board of Trustees in December 2016, the property was managed by its previous owner after the purchase, with the rental income transferred to the university.

The property was purchased to allow for future expansion of Kent State’s main campus and to continue the revitalization of the area between campus and downtown Kent, the memo stated.

The location also held Campus Book and Supply which is now permanently closed. With Starbucks leaving, there will be no remaining businesses in the plaza.

KentWired reached out to the Office of the University Architect for comment on future plans for the site, as well as the Starbucks store manager, but they weren’t immediately available for further comment.

Rachel Gross is a reporter. Contact her at [email protected]