No. 12 Michigan scores 17 unanswered goals in win over Flashes 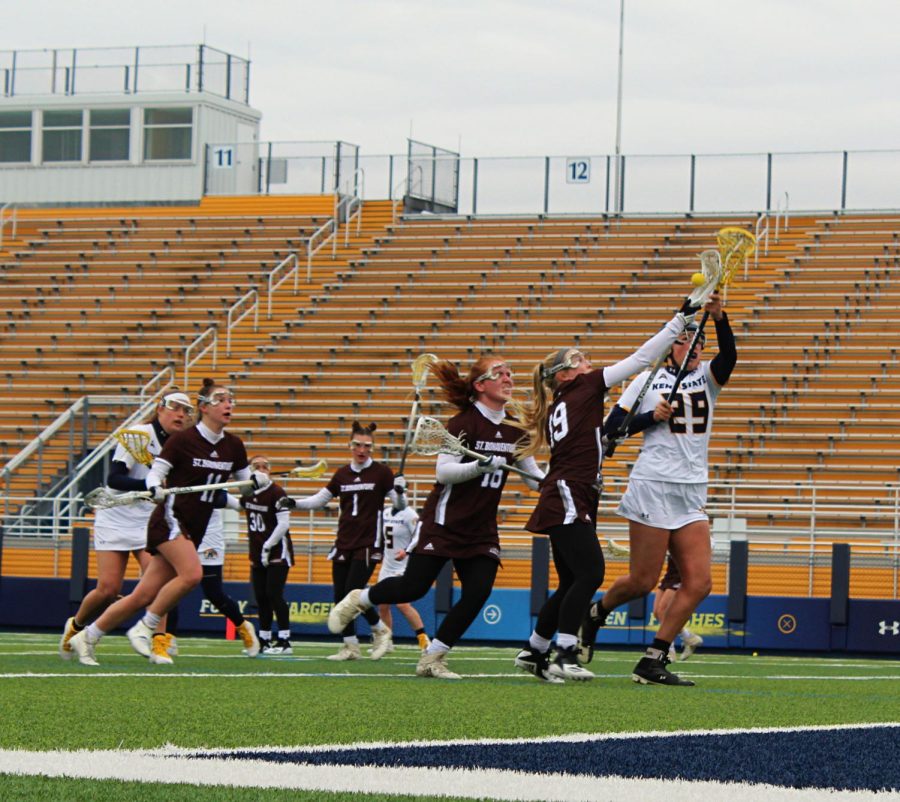 Freshman Lluna Katz attempts to steal the ball from St. Bonaventure opponents; Katz was swarmed by her defensive opponents but managed to pull through with a clean steal on March 3.

The Flashes were first to attack Friday on a goal by Lluna Katz with an assist from Graceyn Dean in the opening minute.

That Wolverines would respond, however, scoring 17 unanswered goals over both the first and second half. Chandler Kirby opened the Wolverines’ run before Erin Daly gave Michigan the lead two minutes later on her 10th goal of the season.

Michigan extended their lead at the start of the second half as well, scoring three goals in first 10 minutes of the half.

The Flashes offense was limited to nine shots, three of which were on goal. Kent State also won 10 draw controls.

Katz scored her second goal of the game with one minute left on an assist from Madison Rapier.

Goalie Grace Merrill had 15 saves on 32 shots on goal.

Kent State’s next game will be on March 16 at 1 p.m. the Flashes will take on Detroit Mercy at Titan Field.