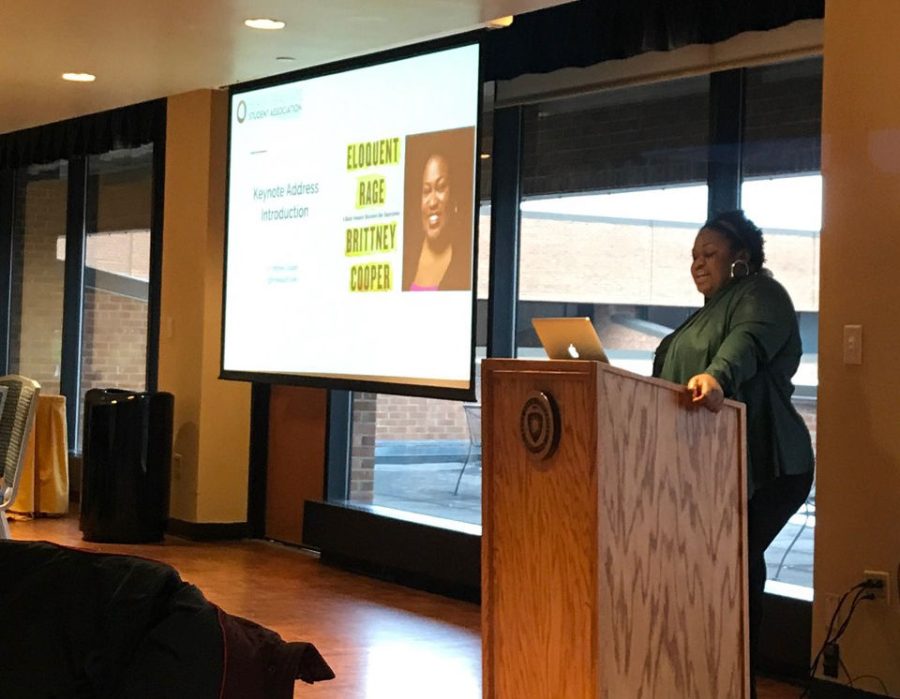 Cooper, a black feminist and professor at the University of Rutgers, wrote the book “Eloquent Rage: A Black Feminist Discovers Her Superpower,” which was named Best Book of 2018 by organizations like the New York Public Library and The Atlantic.

“When I was working on my PhD, I was the president of our campus’ BGSA … and these types of organizations are really important for the diversity mission of the university,” Cooper said. “… I think there are a lot of wonderful professors of color around the country, so what I hope is that this becomes an opportunity for them to invite more of these folks.”

Before the speech, there were workshops about the history of activism, how to get involved in activism and self-care. The self-care workshop had the most attendants and was lead by Tara Pringle Jefferson who is a writer, self-care coach and Kent State alumna.

Food prepared by Kent State Dining Services was served in between the workshops and Cooper’s speech during the mixer and networking time. During this time, the Kent State bookstore also sold copies of Cooper’s books, which Cooper signed for attendees up until the end of the event.

BGSA also honored Mwatabu Okantah, an assistant professor in the department of Pan-African Studies, with an award for his service to the Kent community during the event.

“This [was] a very exciting conference,” said Brittany Watts, executive co-chair of BGSA. “it was exciting to see the people who came out. We had a very diverse crowd. It was needed, this time is needed. The socializing, the networking [and] the knowing that you’re not alone. So that was the biggest lesson I think we learned today.”