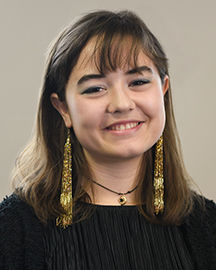 Whenever the end of March rolls around, the light glow of April just starting to peek out from behind the winter clouds, I think of The Beatles. And it’s weird, because The Beatles, generally, aren’t usually my cup of tea (I’m not denying that The Beatles are a hugely influential and talented group, just that I tend to prefer something that I didn’t hear a lot of in my childhood. Maybe that’s why I never got into Pink Floyd). But hardly any other song, ever written (yes, I am going there) conveys the feeling of breaking out of the salt-stained grayness of winter than “Here Comes the Sun”.

If you can forget its connotation to The Bee Movie, the song is really timeless. It’s just all doo-doo-doo-doos and it’s alrights, soothing and joyful all at once. We’ve done it, darling — broken through the monotony of late winter’s chill and into the light promise of life and rejuvenation. I think, as someone who lives in Ohio, that it’s just perfect. And then I start to wonder … do people who live in Florida feel the same way about the breaking of March? Do they get the same wonderful release from the harsh grip of winter as we do, living down in the perpetual sunshine and Disney World affiliations?

Ohio came 44th in the 2017 Gallup Wellness Poll — the fifth quintile. The ranking is made through evaluation of points such as financial and community well-being. Why is Ohio so sad? Surely, it’s a layered answer. Surely, there are too many little threads, disparities and inequalities for me to tally here. But I have noticed, as one small thread in this quilt of Ohioan misery, something curious.

Ohio is rather un-sunny. The Farmer’s Almanac ranks Ohio as number eight on a list of the 10 “cloudiest” states. Cleveland.com reported in 2017 that Cleveland was “the fifth-cloudiest big city in the United States.” I could justify that point more, but I think the best source is the fact that I’ve lived in Ohio for most to all of my life. And I, a first-person source, can attest to this truth: Ohio is not usually sunny, especially in the winter.

Could this have anything to do with the fact that we seem, at least on paper, slightly unhappy? The idea Psychology Today suggests, is that less sunlight makes us less happy. Why? Vitamin D. According to its 2017 article by Temma Ehrenfeld, “Our bodies make Vitamin D from sunlight, which is linked to mood.” Is it possible that my deep-winter slump, the same slump that feels so magically lifted with the first afternoon of sun and opening bars of that Beatles tune?

It’s been suggested to me before. Maybe try taking some Vitamin D, it might help! For some reason, I never have. Maybe it would help if I did — went to CVS and bought a bottle of capsules that could replicate living in a sunnier state than here. Somewhere like Florida, or California — where the lifting of winter doesn’t feel so severe and cutting — not so much like it does here, like a gauze sheet being ripped from the front of my glasses. For some reason, I don’t. I’m not sure why. If it could make everything easier, maybe I should.

And maybe I just have too much faith in the natural rhythms of Ohio, the way the sun hides behind the clouds for most of the year and only blesses us with its presence for a bit. Maybe, in some strange way, I enjoy too deeply the way its sudden, golden appearance flips a switch in my hibernating brain; the way I can, for a slice of the year, flip the radio to The Beatles and let their affirmations wash over me. Little darling, it feels like years since it’s been here. But here it is, once again. Sing along if you know the words.

Cameron Gorman is a columnist. Contact her a [email protected]