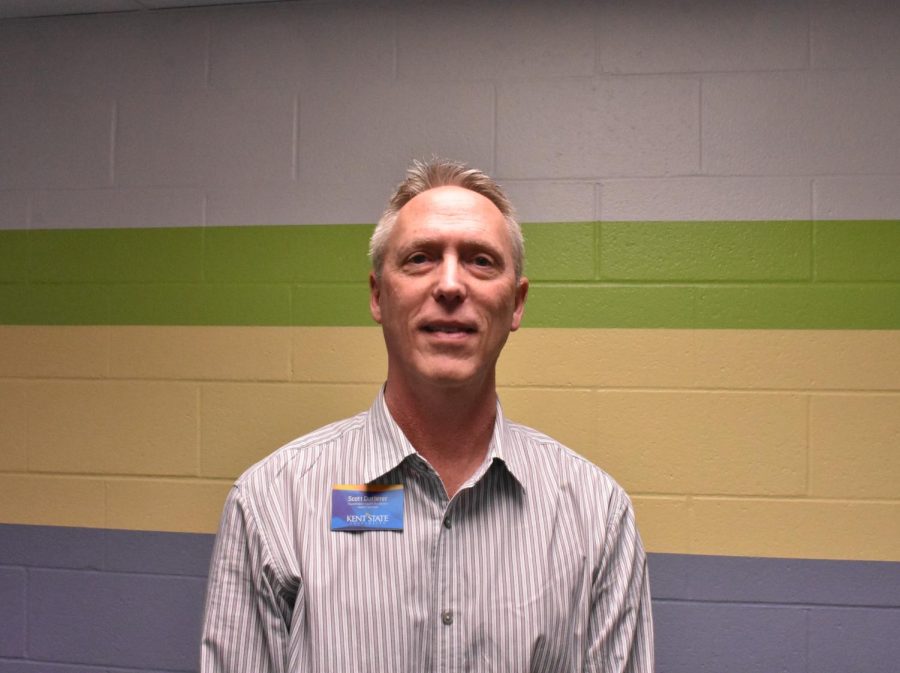 Scott Dotterer, the coordinator for the Office of Health Promotion.

Last year, the Centers for Disease Control and Prevention (CDC) released a report that showed cases of STDs have increased across all age groups in Ohio.

Most notably, cases among young adults and college-aged students, 15 to 24, have skyrocketed. The same is true for Portage County, according to 2018 data from the Ohio Department of Health (ODH).

For Kent State’s University Health Services, educating students about STDs and prevention is a key goal.

“One of the things we try to do the most is raise awareness and try to educate people about STIs (Sexually Transmitted Infections) and ways they can go about preventing them,” said Scott Dotterer, the coordinator at the Office of Health Promotion.

A 2016 National College Health Assessment found 55 percent of Kent State students who engaged in vaginal intercourse used a method of contraceptive. The most common methods used among students include:

Both birth control and condoms, used by nearly 48 percent

12 percent of students reported using emergency contraception, such as Plan B, a day-after contraception pill

As an effort to combat STD transmission, Kent State offers free condoms at several locations across campus, including outside of the LGBTQ Student Center and sometimes at the DeWeese Health Center.

The Office of Health Promotion also hands out free condoms and educational materials for student organizations that want to run an event and resident assistants in campus residence halls. Individual assistance is also available to students who request condoms for themselves.

There are multiple types of STDs, including gonorrhea, syphilis, chlamydia, herpes, human papillomavirus (HPV), human immunodeficiency virus (HIV) and more. Each STD is caused by either bacteria, a virus or even bugs.

Almost all of them are treatable, and only a handful can’t be cured, according to Planned Parenthood.

Syphilis: It happens in stages

Stage One: chancre sore forms around or inside genitalia

If untreated, can lead to serious health problems: tumors, blindness or paralysis. Damage to nervous system, brain and other organs

The view from Ohio

The ODH data focuses on cases of gonorrhea, syphilis and chlamydia, all of which have risen since 2013.

Syphilis was the sharpest rise of all three, which is up 72 percent since 2013.

Chlamydia is one of the most common bacterial infections among STDs; it can be treated, but without treatment, it could lead to permanent damage of a woman’s reproductive system, according to the CDC. If a woman is pregnant and has chlamydia, it can be passed on to the baby during delivery.

Gonorrhea also affects college-aged students and follows closely behind chlamydia. From 2013 to 2017, cases have gone from nearly 10,000 to roughly 11,600. Gonorrhea is another common STD.

Gonorrhea and chlamydia can leave women sterile if untreated. Syphilis can travel to the fetus if a woman is pregnant, and result in birth defects.

With gonorrhea, chlamydia and syphilis cases combined, the U.S. reported 2.3 million cases nationwide in 2017 — 200,000 more cases than the previous year, according to the CDC.

While chlamydia cases have continued to increase over the last few years, gonorrhea has caught the attention of medical professionals the most, according to the study. Between 2013 and 2017, gonorrhea cases have increased nearly 67 percent.

CDC recommends people under 25 and who are sexually active should get screenings done regularly.

David Williams is a senior reporter. Contact him at [email protected]