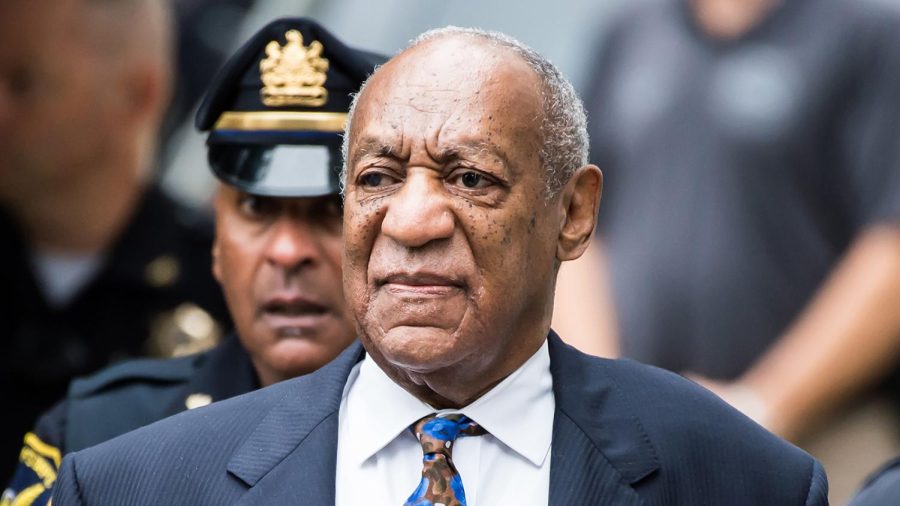 The stunning decision in the case of the man once known as “America’s Dad” reverses the first high-profile celebrity criminal trial of the #MeToo era.

The panel of Pennsylvania State Supreme Court judges said in their opinion that the former Montgomery County district attorney’s decision to not prosecute Cosby in 2005 in return for his deposition in a civil case was ultimately used against him at trial, the judges said.

“In light of these circumstances, the subsequent decision by successor D.A.s to prosecute Cosby violated Cosby’s due process rights,” the judges wrote.

Cosby was sentenced in 2018 to 3 to 10 years in a state prison for drugging and sexually assaulting Andrea Constand at his home in 2004.

Cosby, 83, in a white t-shirt, made a brief public appearance outside his Pennsylvania home Wednesday afternoon but did not speak to reporters.

Hours earlier, Cosby was released from a prison outside of Philadelphia and picked up by his press representative. Cosby served three years in prison. His attorney Brian Perry said the comedian and his legal team were headed to his Pennsylvania home to “celebrate.”

“I want to thank the Supreme Court who saw the light and saw the truth,” Cosby’s family said in a statement released by the press representative, Andrew Wyatt.

For victims who sought closure in the case’s resolution, the ruling represented “a slap in the face” in the words of Lisa Bloom, the attorney for three accusers.

Bloom said she thinks it could be “a very hard day” for all the women who accused him of sexual assault.

One accsuer, Victoria Valentino, said in a statement: “I am outraged! Outraged! Stunned! My stomach is in knots. The work that we have done to uplift women has been overturned by a legal glitch. We now have a serial predator on the street.”

Gloria Allred, who represented other accusers, said the overturning of the conviction on technical grounds did not vindicate Cosby.

“My heart especially goes out to those who bravely testified in both of his criminal cases. I represented a majority of the prior bad act accusers who testified,” Allred said in a statement.

“Despite the Pennsylvania Supreme Court’s decision, this was an important fight for justice and even though the court overturned the conviction on technical grounds, it did not vindicate Bill Cosby’s conduct and should not be interpreted as a statement or a finding that he did not engage in the acts of which he has been accused.”

Indeed, the Montgomery County district attorney who prosecuted Cosby, Kevin Steele, said the actor was free on a procedural issue that is “irrelevant to the facts of the crime.”

“I want to commend Cosby’s victim Andrea Constand for her bravery in coming forward and remaining steadfast throughout this long ordeal, as well as all of the other women who have shared similar experiences,” Steele said.

“My hope is that this decision will not dampen the reporting of sexual assaults by victims. Prosecutors in my office will continue to follow the evidence wherever and to whomever it leads. We still believe that no one is above the law — including those who are rich, famous and powerful.”

Constand and her attorneys said the decision to vacate Cosby’s conviction is disappointing and could discourage others survivors of sexual assault from coming forward.

“Today’s majority decision regarding Bill Cosby is not only disappointing but of concern in that it may discourage those who seek justice for sexual assault in the criminal justice system from reporting or participating in the prosecution of the assailant or may force a victim to choose between filing either a criminal or civil action,” Constand and her attorneys said in a statement.

Judges on the Pennsylvania Supreme Court last December heard arguments that Cosby sat for a civil deposition only because former Montgomery County District Attorney Bruce Castor had promised he would not prosecute him criminally. In that deposition, Cosby admitted that he procured Quaaludes for women he wanted to have sex with.

In their decision Wednesday, the judges wrote that Castor felt that “he would not be able to prove beyond a reasonable doubt that Cosby drugged and raped Constand.”

“Seeking ‘some measure of justice’ for Constand, D.A. Castor decided that the Commonwealth would decline to prosecute Cosby for the incident involving Constand, thereby allowing Cosby to be forced to testify in a subsequent civil action, under penalty of perjury, without the benefit of his Fifth Amendment privilege against self-incrimination,” the judges wrote.

That civil deposition that Cosby gave was revealed in 2014, and one of Castor’s successors later used statements he made in the deposition as part of the criminal trial.

The judges wrote that they weighed different remedies — including having another trial for Cosby — but felt there was only one proper remedy.

“He must be discharged, and any future prosecution on these particular charges must be barred,” the judges wrote. “We do not dispute that this remedy is both severe and rare. But it is warranted here, indeed compelled.”

Elie Honig, a CNN senior legal analyst and former federal and state prosecutor, said the only place to appeal an opinion from the Pennsylvania’s highest court is the US Supreme Court.

“There is no way the US Supreme Court will take this case… The court says you cannot retry him for this particular victim,” he said of Constand. “We know that the statute of limitations has passed for many of these victims.”

“Mr. Cosby was originally given a deal by Bruce Castor in which he was granted immunity. He gave up his fifth amendment rights in hopes that he would get back to work, back to life. And he always showed up for any legal matters and questions on his own accord. Charges should never have been brought against Mr. Cosby,” the statement said.

“I want to thank the attorneys who successfully argued his appeal and especially Mrs. Cosby who stood strong and was here for Mr. Cosby every step of the way and supported every idea and strategy from the attorneys and the team and she always knew that Mr. Cosby was innocent.”

Cosby denied parole in May by the Pennsylvania Parole Board, which cited a number of reasons for its decision, according to a letter from the board obtained by CNN.

The letter said Cosby had to “participate in and complete additional institutional programs.” The board cited Cosby’s “failure to develop a parole release plan” and a “negative recommendation by the Department of Corrections” as factors that contributed to the decision.