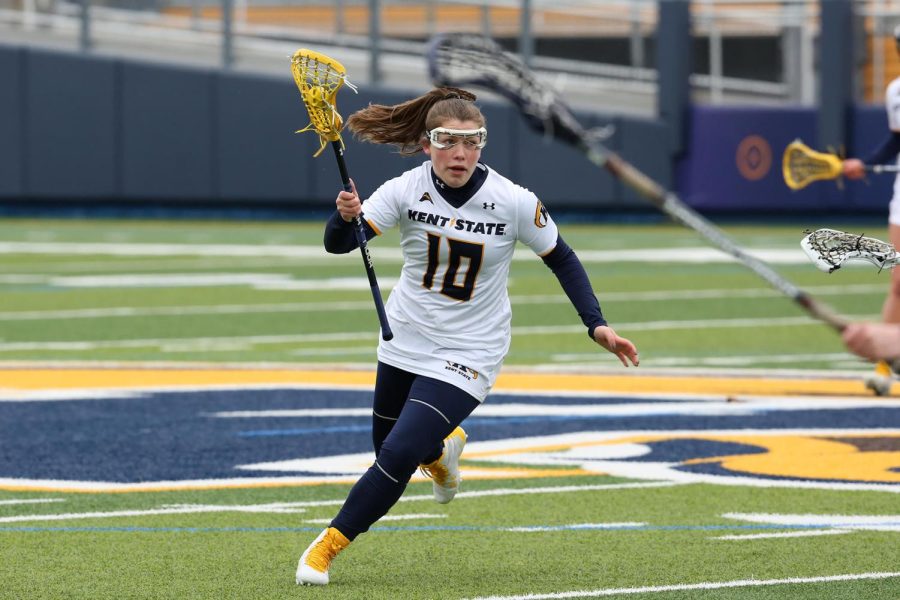 Butler used four unanswered goal in the second half to keep the Kent State lacrosse team winless, as the Bulldogs (1-2) beat the Flashes 13-10 on Friday.

Butler jumped out to a 3-0 lead, with the first two goals coming from Sydney Pattison on assists from Ashley Steffes. They was her first and second goal of the season. But, the fast pace offense didn’t throw off the Flashes (0-3).

In the seventh minute freshman Abby Jones scored seventh goal of the season to keep Kent State in it.

The Bulldogs would go on to score another five goals in the half, but the Flashes offense kept up.

Kent State scored three goals in five minutes at the start of the second half.  Lluna Katz started it off with her fifth goal of the season while Madison Rapier followed with her first and second goals of the season.

Following that, Megan Kozar scored six minutes into the half to cut the Bulldogs lead to one with an assist from Jones. In the eighth minute Katz tied up the game at eight before giving the Flashes the lead a minute later.

The Flashes struggled to hold off Butler’s offense, however, as Ashley Guerra and Hayley Hallenbeck scored back-to-back goals with 16 minutes left to give the Bulldogs a 10-9 lead. Butler would go on to score two more goals to cushion their lead.

Freshman goalie Grace Merrill recorded 10 saves on 19 shots on goal for the Flashes.