It’s not all about sex: For abstinent students, intimacy comes in other forms 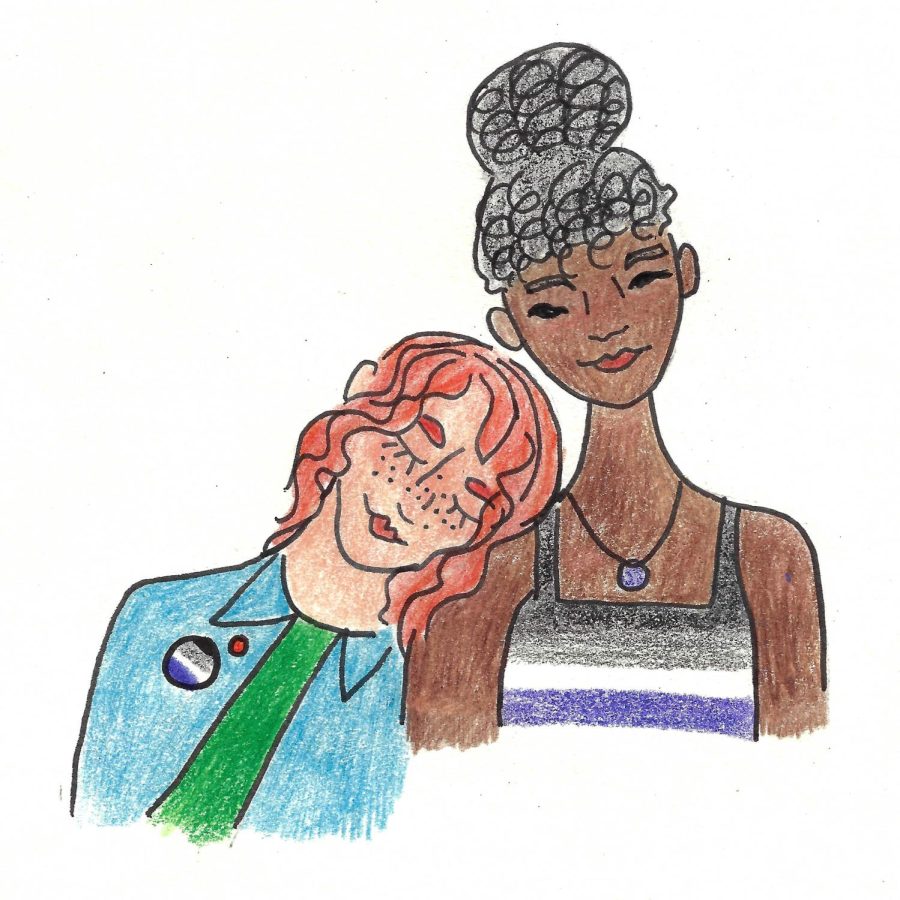 Sex. We see it in our favorite TV shows. We rely on apps like Tinder and Grindr to find it. We jam out to songs in the car that romanticize it. In a society as sex-focused as ours, some people aren’t having sex at all.

In fact, young people currently in their early 20s are two and a half times as likely to be abstinent as Gen Xers were at that age, according to studies led by Jean M. Twenge, a psychology professor at San Diego State University.

This much is true for Michelle (who asked not to use her last name in the story), a Kent State junior who practices abstinence because of her Catholic faith and upbringing.

What does it mean to be asexual?

An asexual person is someone who does not experience sexual attraction or an intrinsic desire to have sexual relationships (or the adjective describing a person as such), according to the Asexuality Visibility and Education Network.

About 1 percent of the population​ is asexual, according to research by Anthony Bogaert​, a psychology professor at Brock University in Ontario, Canada.

“I went to a Catholic school for elementary and middle school,” Michelle said. “Sex education was pretty much nonexistent because the idea was you wouldn’t be doing it anyway. It is considered a sin if we didn’t wait. I took that message personally, as I didn’t want to disappoint God and commit such a sin.”

Michelle’s boyfriend of five years supports her abstinence, though he doesn’t share the same outlook on sex or religion.

“He [her partner] does not have a religion at all. … he holds family values, is trustworthy, honest and kind,” she said. “He is very respecting of my decision and does not mind waiting with me. He’s done so for almost five years now, and often jokes he can go five more.”

Even though Michelle’s partner respects her decision to wait to have sex, that doesn’t mean their relationship hasn’t been tested.

“I’ll admit, he does get frustrated sometimes, as would any adult, especially male, but he does not get mad,” she said. “Even then, he doesn’t yell at me or tell me my beliefs are stupid.”

Not engaging in sex while being surrounded by college pressures can be a challenge, and Jennifer Luck, a senior biology major who identifies as asexual, knows exactly what that’s like.

“All my friends in high school were off having sex, and I was just not interested in it,” Luck said. “So there’s always the part of you that thinks, ‘Oh, I’m broken,’ because I’m not interested in it. I had a boyfriend at the time that actually, I’m pretty sure, broke up with me because of it.”

Luck doesn’t consider herself a sexual person, but she still has romantic feelings toward people. She said this dynamic has led to some issues in her personal life.

“I know people are definitely put off when I say that I’m asexual,” she said. “A lot of people nowadays think sex is super important in a relationship, and so whenever I let someone I’m potentially interested in know that I’m asexual … they don’t understand.”

Even though Luck feels like she’s often surrounded by sex on a college campus, she said she finds solace in foreign cinema and television shows that are more innocent than sexual.

“I watch a lot of Korean dramas,” she said. “Korean dramas are well-known for being a little more innocent. There’s usually no sex scenes, it’s just straight romance.”

Michelle, too, finds other ways to express intimacy and love that aren’t sexual.

“Gosh, there are so many other ways (to be intimate),” Michelle said. “Date night, a movie or dinner. The simple ‘Good luck on your exam,’ or, ‘Have a safe drive to work,’ texts. Appreciating each other’s hobbies and interests. Taking the time to care for each other when we don’t feel good physically, mentally or emotionally. There are so many mediums to show love.”

Abigail Miller is a features writer. Contact her at [email protected]