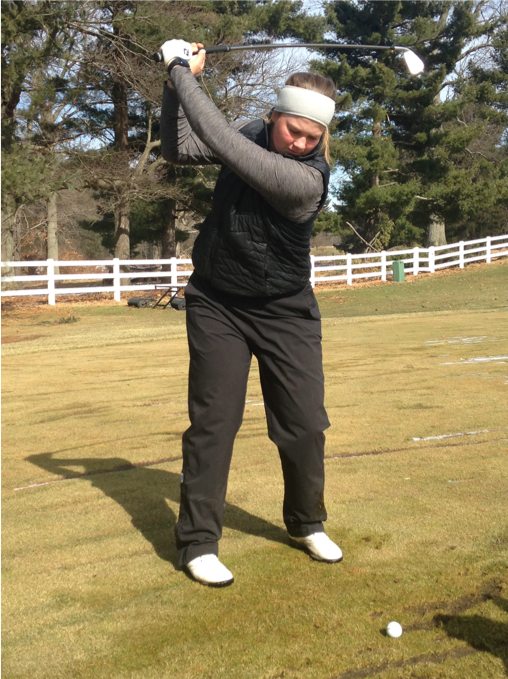 Growing up in Norway, Karoline Stormo’s house was right next to a golf course and started watching golf at age four. From there, she took up the game and began to practicing on her own at age 10.

Then, when she was high school, current Kent State assistant coach Maddi Swaney got a chance to see her play.

“I watched Karoline in 2015 in the Czech Republic,” Swaney said. “After watching her play, I told (coach) Greg Robertson, and he was able to watch her play in Sweden early August.”

Now, in 2019, Stormo is playing some of her best golf for the team. Not only is she leading the Flashes with 72 birdies, but she’s also compiled first and second-place finishes in the first two tournaments of the winter season.

Stormo said adjusting to American culture was difficult, but having a fellow Scandinavian — teammate Michaela Finn is from Sweden — on the team has helped her.

Stormo knew she was joining an extremely talented Kent State roster and that while she was good, she knew she’d need to be challenge herself, as well as her teammates, if she wanted to develop as a player.

However, coach Greg Robertson said there was one characteristic that makes Stormo a great player.

“In my 17 years of coaching, there’s nobody who works as much as she does,” Robertson said. “We knew she had a lot of physical talent but what separates her is her willingness to go above and beyond.”

Robertson referenced another player he previously coached at Purdue who resembles Stormo’s work ethic: Maria Hernandez. Hernandez — who is from Spain — played for Robertson from 2005 to 2009 and is currently on the LPGA.

Swaney also had nothing but positive remarks about Stormo’s work ethic.

“She’s a workhorse,” Swaney said. “She takes almost any opportunity to come to practice. She’s the person to get up at 6 a.m. and come on her own before traveling to tournaments.”

In Stormo’s freshman year, she had the ninth-best average in Kent State women’s golf history with a 74.13 while also totaling 106 birdies on the season. She finished the season as an All-MAC Tournament Team member and also as a All-Mid-American Conference First Team honoree.

Her success continued into her sophomore year when shot a 67 at the MAC Championships, the lowest second round in the tournament. She went on to place fourth. Across that season, she competed in 11 tournaments with a 74.13 average. At season’s end, she was a WGCA All-American Scholar, All-MAC First Team Honoree and on the All-Tournament Team.

Robertson described Stormo as motivated and a grinder who works and competes hard with a work ethic that rubs off on others.

“With her being such a hard worker at a high level, she is a good example for others and a great person to be around,” Robertson said. “Everyone respects her and her work, and she is a very physical leader. She’s a good teammate. She’s very mature.”

Despite all the success, Stormo is still sees golf as something she does for fun.

“When you really enjoy something, you can go forever,” Stormo said. “I get to enjoy golf not because I have to.”

When Stormo first came to Kent State, her World Amateur Ranking was 724th. Now, in her junior year, Stormo is 47th, which is third on Kent State, trailing only Michaela Finn (46) and Pimnipa Panthong (19).

After graduation, Stormo said she plans on continue playing in the hopes of playing professionally.

Zachary McKnight is a sports reporter. Contact him at [email protected]