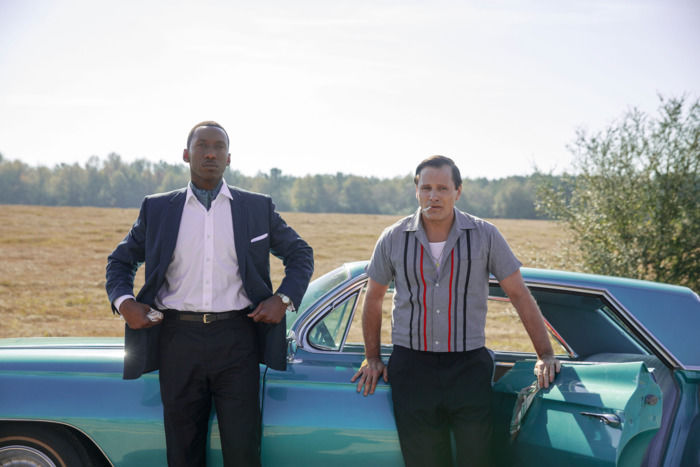 The Oscars have a diversity problem. Or, rather, they have a representation problem, and we need to look no further than the Best Director’s race for proof.

2018 was an excellent year in film for women: Think Karyn Kusama’s “Destroyer”; Chloe Zhao’s “The Rider”; Debra Granik’s “Leave No Trace”; and Lynne Ramsay’s “You Were Never Really Here.” Each of those movies were directed by women, and each received critical acclaim upon release for brave, unique storytelling. Yet when we look at the race for Best Director at this year’s Academy Awards, we see something we’ve seen almost every year since the Oscars’ inception in 1929: five men.

This year, the nominees are Spike Lee (“BlacKkKlansman”), Alfonso Cuarón (“Roma”), Yorgos Lanthimos (“The Favourite”), Adam McKay (“Vice”) and Paweł Pawlikowski (“Cold War”). Five choices, five men, just like usual, despite an outlying, impressive year for women filmmakers. And the most disheartening part about this year’s Best Director nominees list’s lack of diversity is that it’s actually one of the most diverse in years.

Spike Lee, despite being one of American cinema’s most recognizable figures after making timeless classics like “Do the Right Thing” and “Malcolm X,” is finally getting acknowledged with his first Best Director nomination. Now that Spike has finally been nominated after one of the most prolific careers we’ve ever seen, we now finally have to use two hands to count black filmmakers who have been nominated for Best Director.

The list is as follows: John Singleton in 1991 for “Boyz n the Hood”; Lee Daniels in 2009 for “Precious”; Steve McQueen in 2013 for “12 Years a Slave”; Barry Jenkins in 2016 for “Moonlight”; Jordan Peele in 2017 for “Get Out”; and finally Spike Lee in 2018 for “BlacKkKlansman.” End list. 91 years of the Academy Awards, with six black men nominated for Best Director, with no winners. No black women have been nominated.

Along that same vein, only five women have ever been nominated, with one winner, denoted below by an asterisk next to her name: Lina Wertmüller in 1977 for “Seven Beauties”; Jane Campion in 1994 for “The Piano”; Sofia Coppola in 2004 for “Lost in Translation”; Kathryn Bigelow* in 2008 for “The Hurt Locker”; and Greta Gerwig in 2018 for “Lady Bird.” There have only been a combined 11 people African-Americans or women nominated for Best Director at the Oscars; the rest have predominantly been white men.

Still, the Academy is being commended this year for their Best Director nominees. Thanks to Poland’s “Cold War” and Mexico’s “Roma,” 2019 marks the first year two foreign language films are represented in the category. But in my opinion, good enough is not good enough. The Academy still plays it far too safe in its selections.

Because of this, the Oscars are largely made up of movies that end up not pushing the envelope in favor of more comfortable, “feel-good” stories about issues of diversity (race, gender, religion, sexuality). For this reason, films like “Green Book” and “Bohemian Rhapsody” are pushed to the fore while more subversive movies like “Blindspotting” or “Annihilation” are relegated to the background.

“Green Book” is a perfect encapsulation of a formulaic, Academy-pleasing movie about race. It treads familiar story beats: A close-minded white guy works as a driver a black pianist in the Jim Crow South, and throughout their journey they become closer and closer until eventually they’re great friends, the white man is redeemed and any form of conflict is resolved cleanly. The movie tells a “true story,” supposedly, about Don Shirley (the black pianist) and Tony “Lip” Vallelonga (the white driver). But the movie’s script was written by Vallelonga’s son and Shirley’s real-life family has come out against the movie, smearing it as basically untrue.

This didn’t stop the Academy from rewarding “Green Book” with five Oscar nominations, including one for Best Picture. The movie is completely devoid of nuance; Tony Lip folds an entire pizza in half and eats it like a sandwich and later goads his black counterpart into eating fried chicken. It’s stereotypical and derivative, so why so much love from the Oscars?

Because it’s safe. “Green Book” doesn’t challenge our preconceived notions on race; it reinforces them. By the end of the movie, the black man and the white man are on the same level playing field, but that’s not how life is. In my opinion, this form of “colorblind filmmaking” gets us nowhere. Art isn’t meant to make us comfortable, but rather the opposite. It’s comforting to white people, and that’s why it gets so much appreciation from the Academy, which, despite increased efforts for diversifying its ranks, is still made up largely of white men.

Because of this, diversity at the Academy Awards is getting ever-so-slightly better, but it still has a major representation problem. Film is moving forward, but its biggest awards show isn’t. Challenging art should be appreciated and showered with awards and trophies, not the safest option, which is what the 2019 Oscars will look like.