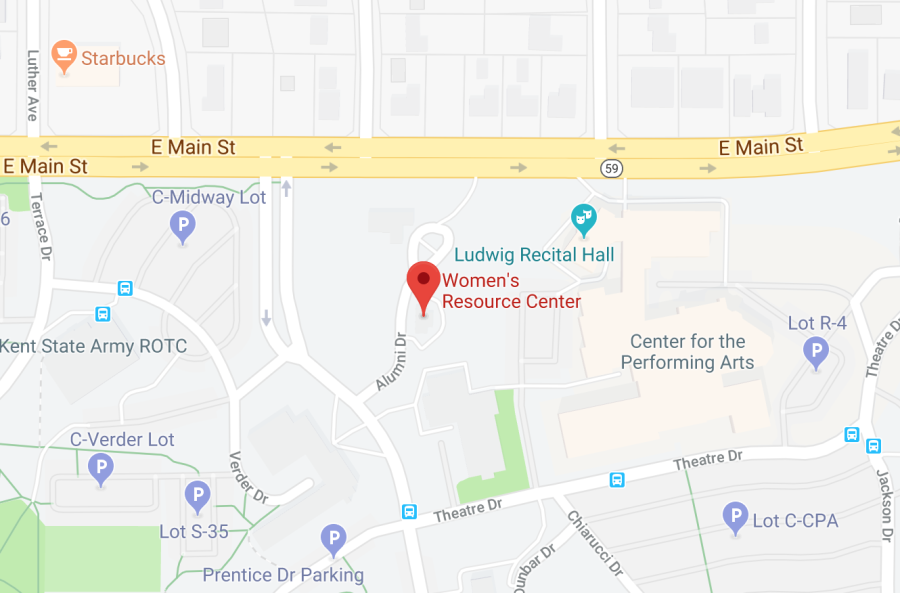 January is Stalking Awareness month, and the campaign follows the lead of other universities that have done similar campaigns. Using the hashtag #31DaysofStalking, SRVSS has tweeted out resources for people who have been directly affected by stalking, as well as for friends and family of victims.

Jessica Lockhart, the graduate assistant for the SRVSS office, coordinated the Twitter campaign as well as other events throughout the month.

“The idea with stalking awareness is, obviously, to bring awareness, and also provide resources,” Lockhart said. “Especially in a college population, it’s very important because it’s more common than we think, especially this day and age with cyberstalking.”

On Jan. 23, the office invited people to come in and paint small rocks which will be left around campus for students to find. The rocks will have a note attached with some information about stalking, the SRVSS website and other resources.

Emily Bado, the social media intern for SRVSS and a peace and conflict studies major, used resources from the Rape, Abuse & Incest National Network (RAINN) and

other sexual assault awareness websites to create the tweets.

“Majority of stalking victims are between the ages of 18 and 29,” one tweet states.

Around 4 percent of students have experienced stalking since entering college, according to RAINN. The tweets give resources for reporting stalking as well as ways to support friends who are being stalked.

“What do you do if a friend says they are/were being stalked? Listen. Show support. Don’t blame or judge them. Allow them to make choices about how to handle it,” another tweet states.

Other tweets highlight stalking in

LGBTQ community, which has higher rates of stalking and sexual violence than the general population, according to the Human Rights Campaign.

One tweet offers resources for knowing your legal rights as an LGBTQ victim of stalking.

SRVSS office’s interns will be painting the big rock on campus Monday. Anyone is welcome to join to help and learn more about how to handle and prevent stalking on campus.

“The biggest thing with SRVSS is just trying to be there for our students and our community and to support people,” Bado said. “And we’re just trying to find more innovative ways to reach people.”

Ella Abbott is a senior reporter. Contact her at [email protected]