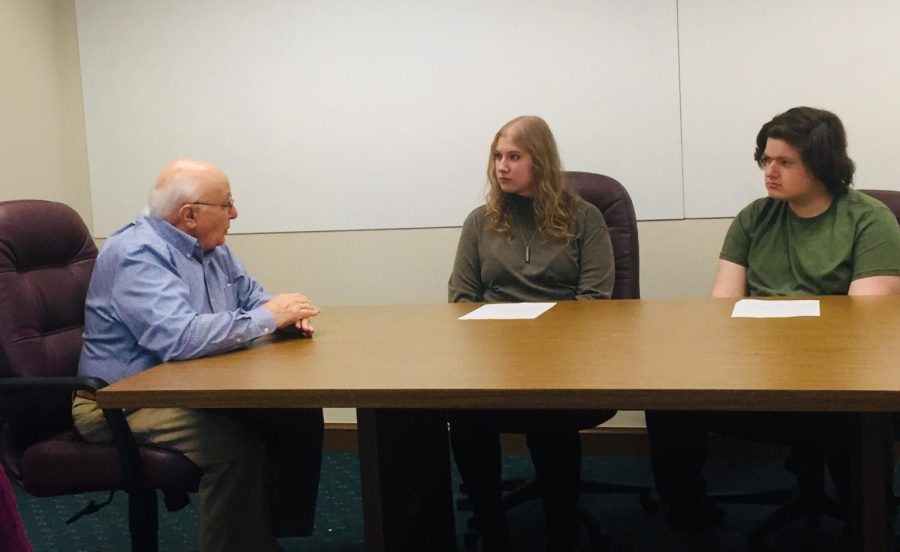 The Kent State Guardsmen Oral History Project is an ongoing project at Ohio Northern University aiming to document the experiences of National Guardsmen at the Kent State shooting.

David Strittmatter, a history professor at Ohio Northern University, noticed this disparity and created the project in the beginning of 2020 to share more perspectives from guardsmen. He has collected 12 accounts from guardsmen so far and has three more scheduled while hoping to get in contact with more potential interviewees.

“I don’t think I get to be selective with what part of the story gets to be told,” Strittmatter said. “The guardsmen perspective has really not been told or shared, certainly not as much as Kent State students and faculty and victims.”

Strittmatter said he believes it took someone outside of Kent State to tackle this project because the university focuses on the perspectives of students. Strittmatter also pointed out that guardsmen may not want to be interviewed by a Kent State faculty member because they have been “dragged over the coals enough.”

Strittmatter’s students conducted the interviews of the National Guardsmen and helped with various aspects of the project, including transcribing interviews and creating a website to store the interviews.

Lindy Holmes graduated from Ohio Northern University in May with a history degree and has worked on the Kent State Guardsmen Oral History Project for over a year.

“My professor, Dr. Strittmatter, wanted to coordinate something as a final project in his class,” Holmes said. “He found out that the guardsmen stories weren’t really being told or they weren’t being explained in a matter of detail that was relevant to the story.”

The students try to ask open-ended questions so the guardsmen can tell their story, but Strittmatter said it can be a struggle when students want to hear about a specific situation.

J. Ronald Snyder, a former captain in the Ohio National Guard and current Kent State security officer, testified that he lied about finding a gun on the body of Jeffrey Miller, a victim of the May 4 shooting.

One of Strittmatter’s students interviewed Snyder and asked about the situation.

“He tries to pry it out of Mr. Snyder, maybe two or three times, and Snyder doesn’t quite go there,” Strittmatter said. “Conducting oral histories is not like being an investigative journalist. My students have wanted to ask prying questions, but these guys are not testifying in court. They don’t have to talk to us if they don’t want to.”

Snyder did not immediately return a call for comment.

The most powerful interview to listen to is with Mathew McManus, one of the eight guardsmen indicted and acquitted after the Kent State shootings, Strittmatter said.

“He gets emotional a couple times. You can see his jaw quiver a couple times and he pauses and takes a drink of water and one of my students hands him a box of tissues and he takes one,” Strittmatter said. “It’s a pretty powerful video.”

Holmes said McManus seemed riled up while speaking about his experience: “I think it was like the first time he actually got to describe everything so vividly to people … He can still feel his gun [recoil] on him.”

Strittmatter said it is critical to record the perspectives of the National Guardsmen since they are now in their 70s and 80s. While looking for guardsmen, Strittmatter and his students discovered many obituaries.

“We were concerned because we found a lot of guardsmen that had passed away,” Holmes said. “I just kind of kicked us forward to reach out to these people faster.”

Strittmatter and Holmes recognize that the project may be controversial to some people. Holmes said people should be kind and do their research on the situation before passing judgement.

“Come with no malicious intent and just listen to people,” Holmes said. “That’s what really opens up their stories is being able to sit down and look them in the eyes, be human and just say, ‘I’m listening.’”

Megan Becker is a reporter. Contact her at [email protected]