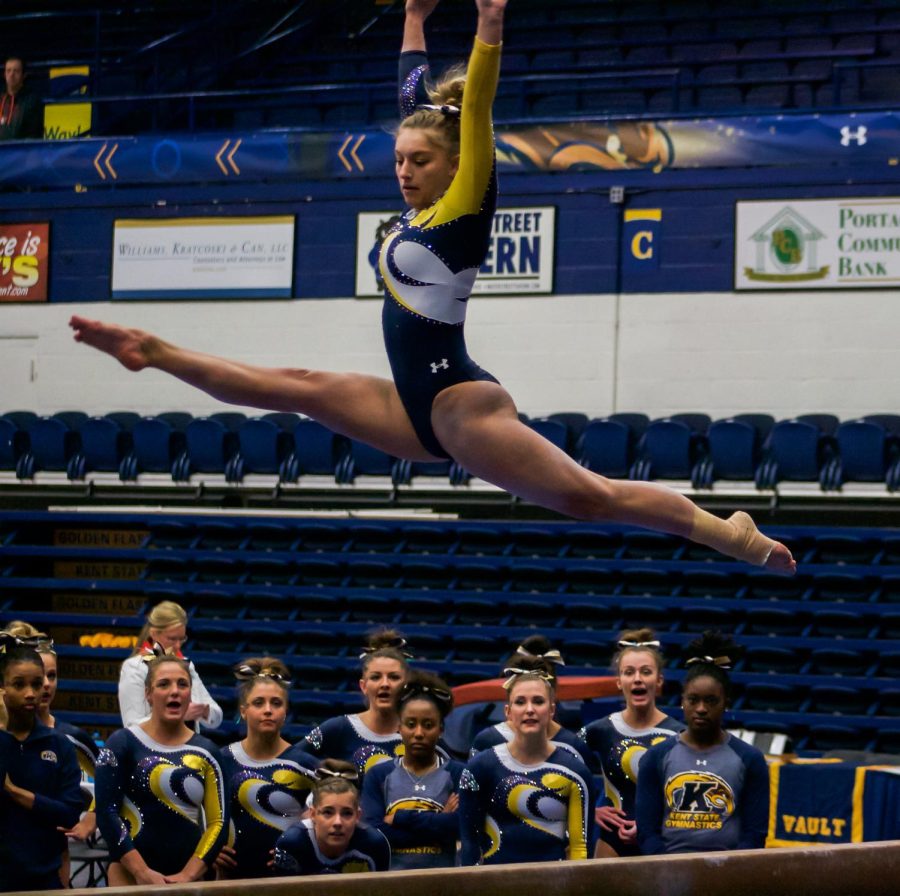 The Kent State gymnastics team is in the middle of a youth movement.

The team currently has eight freshmen on the roster who are led by senior captains Dara Williams and Sarah Lippowitsch, as well as junior Jade Brown.

Williams recorded a 9.800 in bars and vault last year, while Lippowitsch earned a 9.850 on bar and beams. Sophomore Abby Fletcher also returns for the Flashes after scoring 9.825 on vault, 9.875 on beam and 9.925 on floor while winning the floor title in the MAC Championships. She also tied for second on that floor at the NCAA Columbus Regional.

The Flashes competed in the Blue and Gold exhibition on Nov. 30, with the blue team taking home the victory.

The Flashes opened their season on Sunday at the UIC Quad, facing off against University of Illinois-Chicago, Centenary College and University of Wisconsin-Oshkosh.

The Flashes will travel to Morgantown to compete in the West Virginia Tri on Jan. 27 and will also host the Kent State Quad, where they’ll face off against Ball State, Rutgers and North Carolina.