Acting out of stereotypes 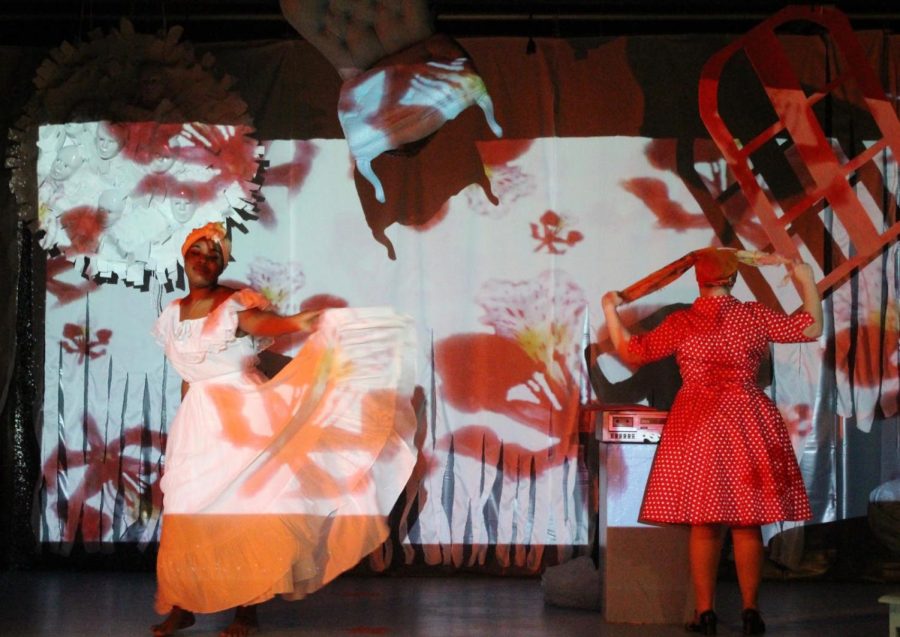 Picture of a past Pan-African Theatre Ensemble performance.Photo courtesy of Sydney Sheets.

Kent State’s Pan-African Theatre Ensemble strives to give minority students a place to express themselves through theater.

Historically, minorities have not been given the same opportunities in theater compared to white actors.

“Since the award shows began – 1929 for the Oscars, 1947 for the Tonys – over 95 percent of all nominees have been white,” said Forbes contributor Lee Seymour in an article from 2016.

The ensemble creates theater opportunities for Kent State students, and it is also open to minority groups in the Kent community.

“The cast being minorities is huge,” said C’Erra Wingo, a member of the Pan-African Theatre Ensemble, “for us to be able to showcase our talents and for others to realize that we can be placed in other similar organizations as well.”

The cast has been working diligently on its latest play, “An Echo in the Bone” to be performed Nov. 15 in Oscar Ritchie Hall room 230.

“An Echo in the Bone” examines the burden of the greater crime: an enslaved individual killing his white plantation owner and the crime of slavery against enslaved people.

“This play is important because it touches on a lot of cultural and social aspects that may have been overlooked or left out of history class,” said Madison King, a freshman managerial marketing major.

The Theatre Ensemble works diligently to educate themselves in order to properly produce the play and educate the audience.

“I learned about many cultural things myself through this play,” said Lotoya Gooden, a member of the Pan- African Theatre Ensemble.

“We put a lot of work into the plays in order to make sure the audience has a total understanding about the culture,” said Rasheedah Wahid, a member of the Pan-African Theatre Ensemble.

The various plays that the members put on expand upon various cultural traditions and social aspects.

“I think a lot of people don’t know what the traditions were,” said Sri Varshani Raghujie, a freshman fashion design student. “You get to learn a lot of things about the old traditions, costumes of different culture.”

Their goal is to educate community members who know little to no information on historical minority cultures.

“We have Black History Month, but it’s just one month,” said Tawandga Howell, member of the Pan-African Theatre Ensemble. “You can’t cram all that education into one month. We want to keep educating others as we plan to through this play.”

As being a part of Kent State’s campus, the theater ensemble works to educate its close community members.

“It’s important for Kent State students to understand these stories that otherwise may not have been told,” said Alicia Cleveland, a freshman theatre studies student.

The group finds this opportunity of expressing itself very powerful.

“As African Americans, we need to represent ourselves,” said Daylon Hill, a Kent community member. “Learning our history is a great way to (represent) and celebrate us.”

Madison Brattoli is a diversity reporter. Contact her at [email protected]