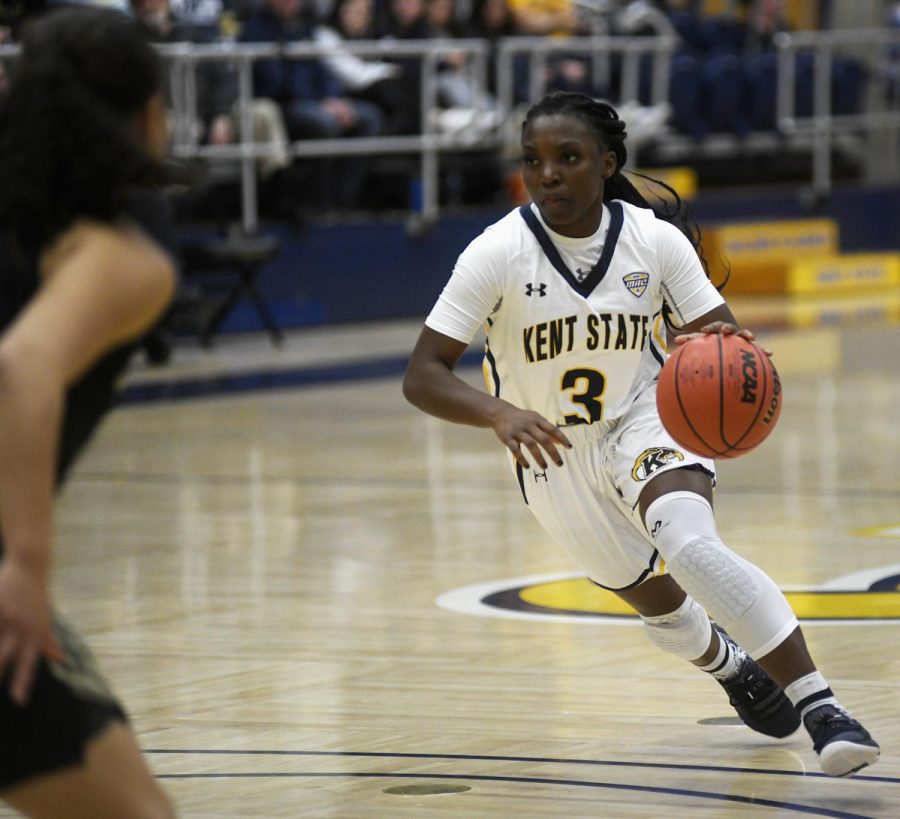 The Kent State women’s basketball team (2-2) beat Oakland 75-65 on Sunday at home, the Flashes second win in as many days.

“Obviously pleased to get the win,” coach Todd Starkey said. “I thought we did a few things better than yesterday. We executed when we needed to and hit some big shots down the stretch.”

The game was close throughout, with the score being tied at five at the first media timeout after a three-pointer from freshman forward Lindsey Thall. The Flashes kept the momentum going for the rest of the quarter and held a 16-12 lead after one period.

The second quarter was just as successful for The Flashes, who put up six unanswered points in the first two minutes. With six minutes left in the half, junior guard Ali Poole hit a three-pointer to give the Flashes a 27-17 lead.

Kent State played an exciting fourth quarter, and with 6:50 left in the game, Poole made a three pointer to give the Flashes a 69-61 lead. With 3:53 left, a timeout was called following a bucket by Carter to put Kent State up 74-62.

“The second half we fell asleep a couple times defensively,” Starkey said. “Just not digging in on every possession.”

Dingle injured her ankle during the second half and was assisted off the court.

“Hopefully her ankle is not too bad, but we’ll let the training room evaluate that,” Starkey said. “Obviously with quick turnaround with Youngstown State coming in on Tuesday thats a concern for us.”

The Flashes return to the M.A.C. Center Tuesday against Youngstown State. Tip-off is set for 5 p.m.