Residents, employees surprised by shooting at Pebblebrook Apartments; no suspects 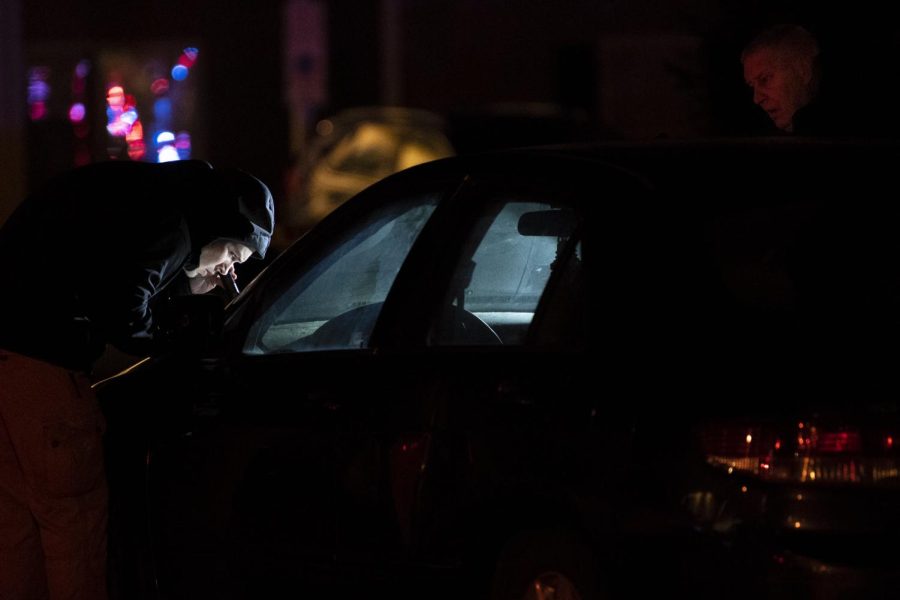 Police investigate a shooting outside the Pebblebrook Apartments in Franklin Township on Sunday, Nov. 4, 2018. One male victim was shot in the shoulder, confirmed the Portage County Sheriff’s Office.

Residents and employees of Pebblebrook Apartments said Monday they were surprised by the shooting and the police presence Sunday evening that landed one man in the hospital.

No suspects have been identified in the shooting, Portage County Sheriff Major Larry Limbert told the Record-Courier on Monday afternoon.

“Neither of us were here last night,” said Bryan Ball, the maintenance supervisor of the complex, pointing to himself and Lashun Mitchell, a maintenance technician. “I actually heard about it on the news. … It’s a really safe community. We were really surprised when we heard.”

The Portage County Sheriff’s Office and the Kent police are still investigating the shooting in Franklin Township. The condition of the victim — who was shot in the shoulder and later transported to UH Portage Medical Center — is unknown, Portage County Chief Deputy Dale Kelly said Monday morning.

The sheriff’s office is awaiting reports from the Ohio Bureau of Criminal Investigation, and it has not sent out a press release.

Xiao Cheng, a senior marketing major at Kent State and a resident of the complex, said he was heading to dinner with a friend, and when he came outside, he saw an injured man on the ground.

Cheng called the Kent police sometime between 7:30 and 8 p.m.

“I felt we needed to help, so my first reaction was to call 911,” Cheng said.

Witnesses reported Sunday evening the suspected shooter fled the scene and ran toward the Walmart nearby. Police placed crime scene tape around the parking lots of the apartment complex, which was gone in the morning.

“Very safe place,” Ball, 55, and Mitchell, 43, said synchronously about the complex, nodding their heads in agreement.

“You don’t even hear about fights here,” Mitchell said. “We’ve been here almost a year — nothing. No wild parties. Nothing.”

Bryan added, laughing, “The most action you get out here is a false alarm from the fire department.”

Morgan Snyder, a Kent State graduate student studying school psychology and a resident who has lived at the complex for about a year and a half, said she drove to Walmart around 8:30 p.m. Sunday.

“I saw a group running, and then an EMS followed, then a cop car followed,” Snyder said about her drive to the store. “I came back 20 minutes later and it was all cautioned off. … I was kind of scared once I knew what was actually going on.”

Snyder said she couldn’t sleep well Sunday night because of the police car lights flashing in her first-floor window.

Mohammad Ansari, a resident, stood outside around 3:30 p.m. Monday waiting for his two young daughters to get off the school bus. He said he heard a gunshot ring out around 8 p.m. the night before. He had just gotten home from a get-together in Cleveland.

“I heard the sound, and I was like, ‘Was it a gunshot or did somebody just slam their door of the car or something like that?” Ansari said. “After like 10 minutes, I saw police cars coming, and I knew something had happened, but I wasn’t sure what.”

One of his elementary-age daughters piped in. “My dad was looking through the windows. I was actually the first to spot the incident,” she said, her head held high.

Ansari laughed. He said they didn’t go outside to speak with the other worried residents because it was getting late and the kids had school in the morning.

Ansari, 35, has been living at the complex with his wife and children for more than a year. He said he was surprised to hear of a shooting in “such a beautiful community” at the complex, and he feels some concern for his family’s safety.

“When I went to school in the morning to drop off my kids, I was talking there,” he said. “People haven’t heard of this kind of thing here. … We come here sometimes in the evening, like after 6, 7 for a walk with the whole family. So, you know, it’s a safety issue I don’t want. If there’s a motive, I wish to know that.”

If anyone has information on the incident, call the Portage County Sheriff’s Office at 330-296-5100.