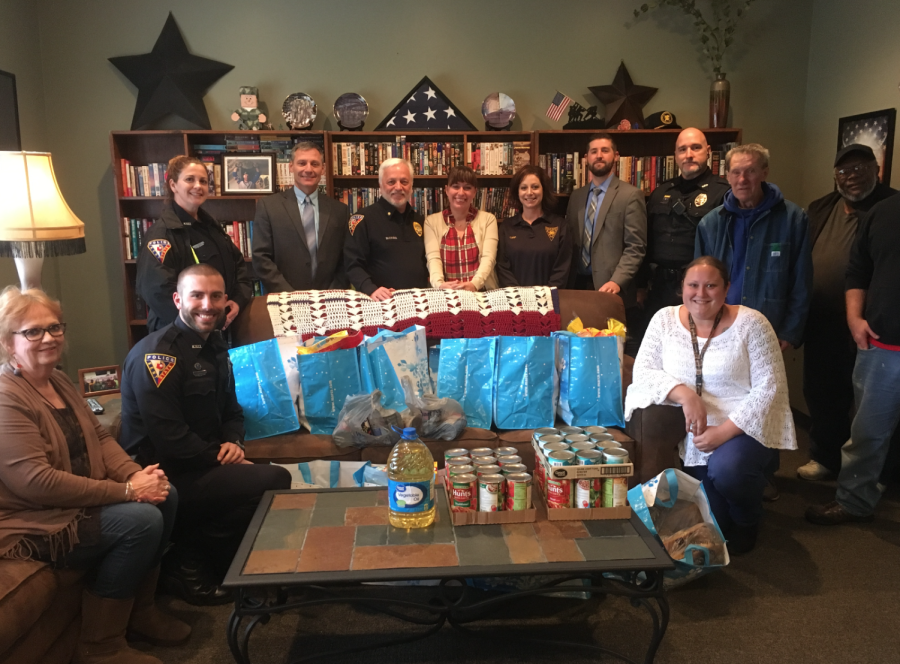 The Kent State Police Department donated goods to the Freedom House, located in Kent. The Freedom House is a known resource for male veterans that need a place to stay while they get back on their feet.

Kent State police have been looking for ways to get involved and give back to their local community. One of their successful ideas, ”No-Shave November,” has been going on in their department for three years now.

“The first year we did a typical No-Shave November that most police departments do,” said Tricia Knoles, the police department’s community resource officer. “Those participating make a donation to a cancer fund. As a result, the guys grow their beards and the girls paint their nails any color and put a streak of blue or pink in their hair.”

The police department decided to extend No-Shave November through December and use its extra money to host a pancake breakfast with Santa. The money raised goes to the KSU LIFE Program, a single-parent program at Kent State, Knoles said.

“At the breakfast, the kids receive a present and candy from Santa, while the parents receive (a) gift card and a small present, as well,” she said.

Knoles said the second year the department did No-Shave November, it decided donations would go toward a nonprofit.

“Last year we bought turkeys and gift cards for Kent Social Services,” she said. “This year we wanted to do something to assist our veterans, so we decided on the Freedom House.”

Freedom House is a known resource for male veterans who need a place to stay while they get back on their feet. It is a nonprofit organization located in Kent that is always in need of donations.

“This is the first year that we have donated to Freedom House,” Knoles said. “We have several veterans on our department and others with family members in the military, so I can definitely see us doing this again.”

The department also bought packs of underwear and socks for the men, along with razors, shaving gel, deodorant, electric clippers and gas cards for those who drive.

Knoles said her favorite part about donating is “being able to bless others, especially those that are staying at and running the Freedom House.”

Olivia Boris is a safety reporter. Contact her at [email protected]