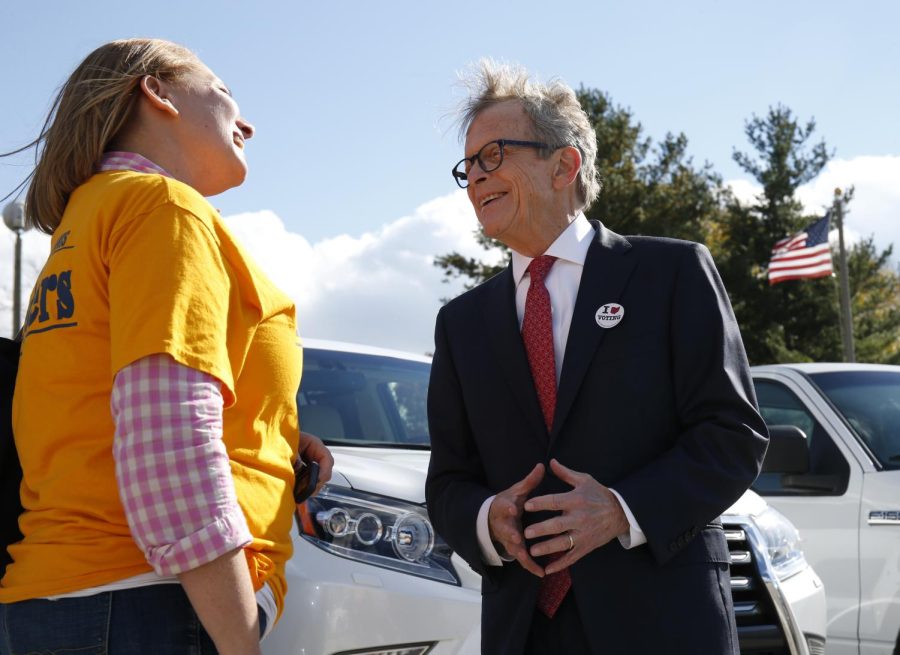 DeWine, who was endorsed by current Republican Gov. John Kasich and President Donald Trump, will play a role in redistricting the state following the 2020 census.

In her concession, Clyde thanked LaRose for his graciousness during their phone call and hinted at her future in politics.

“I’ve campaigned hard here,” Clyde said. “I’ve been a public servant now for eight years in the Ohio House and I hope to get the opportunity to lead at the statewide level.”

Both watch parties in Columbus started the night energetic and loud. MSNBC played at the Democratic watch party, while the Republican party kept their eye on Fox News.

The mood at the GOP gathering was energetic and vibrant as the wins came in.

As the crowd waited for DeWine to take the stage, they hugged each other with smiles on their faces.

“Tonight, one journey ends and another begins,” DeWine said in his victory speech. “And as we begin this journey tonight, we must work not as Democrats, not as Republicans, but as Ohioans.”

A block away, the mood at the Democratic watch party in downtown Columbus turned somber as the night progressed.

Brown’s win, which was the first Ohio race to be called on-air, elicited a round of cheers and applause at the Democratic gathering.

Brown took to the stage about an hour after the call and praised his win in a state that “pundits say is just too hard for a progressive Democrat.”

“We celebrate the worker,” Brown said. “And that is the blueprint for America in 2020.”

But by 11:00 p.m., supporters wore long faces as more results poured in.

“You are the nerds we need in Ohio,” Cordray told the slimming crowd in his concession speech. “I believe that successful politics is not always defined by the outcome of an election. We do this to change peoples’ lives.”

Laina Yost is the enterprise editor. Contact her at [email protected]