REVIEW: ‘Fantastic Beasts: The Crimes Of Grindelwald’ rekindles a sense of wonder, even with a complicated plot 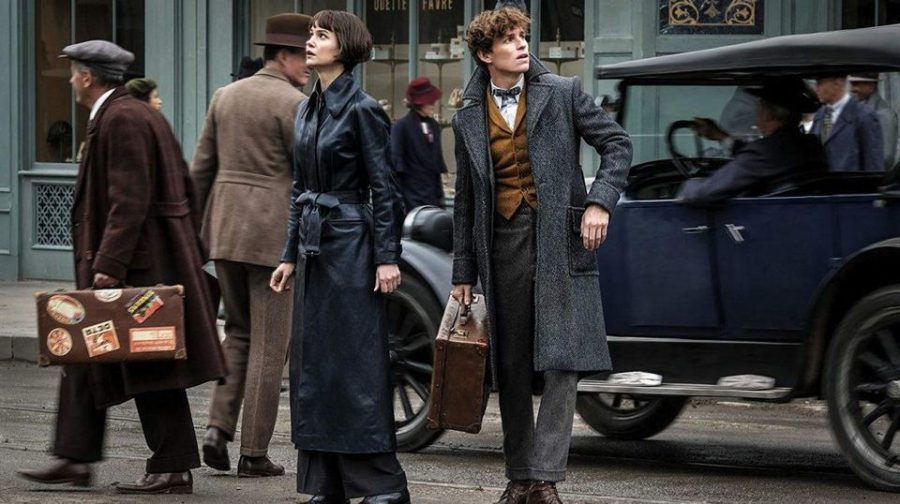 “Fantastic Beasts: The Crimes of Grindelwald” is a spellbinding installment of the Harry Potter franchise. It is captivating despite the whole not being greater than the sum of the parts.

Each scene is enjoyable and the story adds to the Harry Potter lore.

But the plot does become overly complicated at times, leading the audience to miss some of the action because they’re preoccupied theorizing the implications of everything that previously happened.

It also leads to a wildly visual and stunning ending — one that does not deliver the same high stakes as some previous installments.

Notably, the film sets up a very complex story, weaving in a wide array of interesting, important subplots that grip from start to finish.

It is full of flourishes that will remind many of why they first fell in love with Harry Potter. However, the film bends the limits of what viewers thought they knew about both series’ stories with an incredibly deep script from creator J.K. Rowling.

The script lays the foundation that is sure to pay off in the planned future films for this series.

The film — the sequel to 2016’s well-received “Fantastic Beasts and Where to Find Them” — explores the rise of the well-known dark wizard Gellert Grindelwald, played by Johnny Depp.

He seeks to increase his following for a world under his wizard-rule ideals and coexistence with Muggles, as well as gain the trust of Obscurial Credence Barebone, played by Ezra Miller. Barebone survived despite his repression of magic, all in an attempt to use him to kill his strongest threat, Albus Dumbledore, played by Jude Law.

The film also continues the story of the main characters from the first film: Newt, Tina, Queenie and Jacob, now separated from each other and dealing with more tension in their relationships. As they attempt to find Barebone before he falls under the persuasion of Grindelwald, who fled to Paris in search of his true identity with the help of his new friend — a blood-cursed Maledictus revealed to Potter fans as Nagini. This character will one day serve He-Who-Must-Not-Be-Named as his companion and final Horcrux.

We also have our initial introduction to the Lestrange family tree with a former love of Newt’s with Leta Lestrange, played by Zoë Kravitz, and also the legendary alchemist and owner of the Sorcerer’s Stone, Nicolas Flamel, played by Brontis Jodorowsky.

The film additionally provides a very old-timey feel of the 1920s with its impressive costume and set design, as well as the wondrous return to Hogwarts. In addition, there’s a magic to the musical score that contains the recognizable “Hedwig’s Theme” for a touch of nostalgia and a lively lineup of new themes conducted by James Newton Howard.

The closest comparison it has to the Harry Potter series would undoubtedly be “The Goblet of Fire.” It sets a long string of plot points and character dynamics into motion as seen in the film’s ultimate graveyard showdown for the allegiance of potential members to Grindelwald’s growing army.

Depp gives a truly mesmerizing performance as the legendary lead villain of the film that is sleek and focused. His performance contrasts nicely with the charismatic and well-calculated acting of a younger Dumbledore from Law and Eddie Redmayne’s humble, open-minded portrayal of Newt Scamander, who leads an adventure full of fun and heart.

Ultimately, “Fantastic Beasts: The Crimes of Grindelwald” sets up the future for the three more planned sequels. An undoubtedly magical story, it is sure to continue to invigorate the Harry Potter fanbase, even if the movie does not quite live up to every expectation. The film features a surprise ending full of twists that will leave the audience speechless.