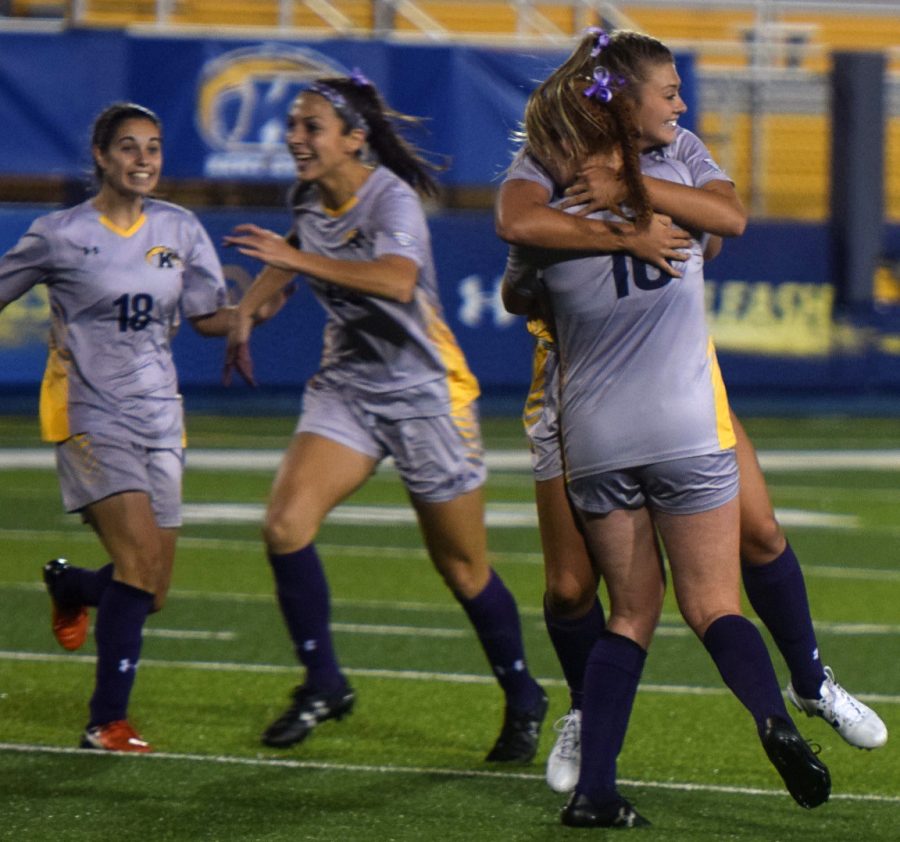 Sophomore midfielder Maddie Holes’ goal in the 49th minute proved to be the difference maker, with the Flashes taking home a 1-0 win.

The first half was tightly fought, with neither team able to establish any kind of offensive rhythm.

“Going into the second half we thought we were playing well we just wanted to pick up the tempo a bit,” coach Rob Marinaro said.

Holmes’ goal was set up off a free kick from about 10 yards outside the box. After being sent in, a wild scrum ensued, with Holmes being in the right palce at the right time. The Flashes defense held out the rest of the way, and the Flashes recorded a 1-0 win, their sixth shoutout of the year.

“Defense was excellent, and that usually equals a successful day,” Marinaro said.

Off the field, Marinaro celebrated his 20th year at Kent State. Marinaro has been with the soccer program since its inception in 1998 and was promoted to head coach in 2001.

“I have to give a lot of credit to Abby Richter and Pat Sweeney who have helped build this program to be as great as it is,” Marinaro said.

The Flashes return to Athens on Sunday to play the Bobcats again at 1 p.m. in the first round of the MAC tournament, with the winner taking on either Bowling Green or Eastern Michigan.