Warren says she opposes guns, but says rally can go on if it follows university policy 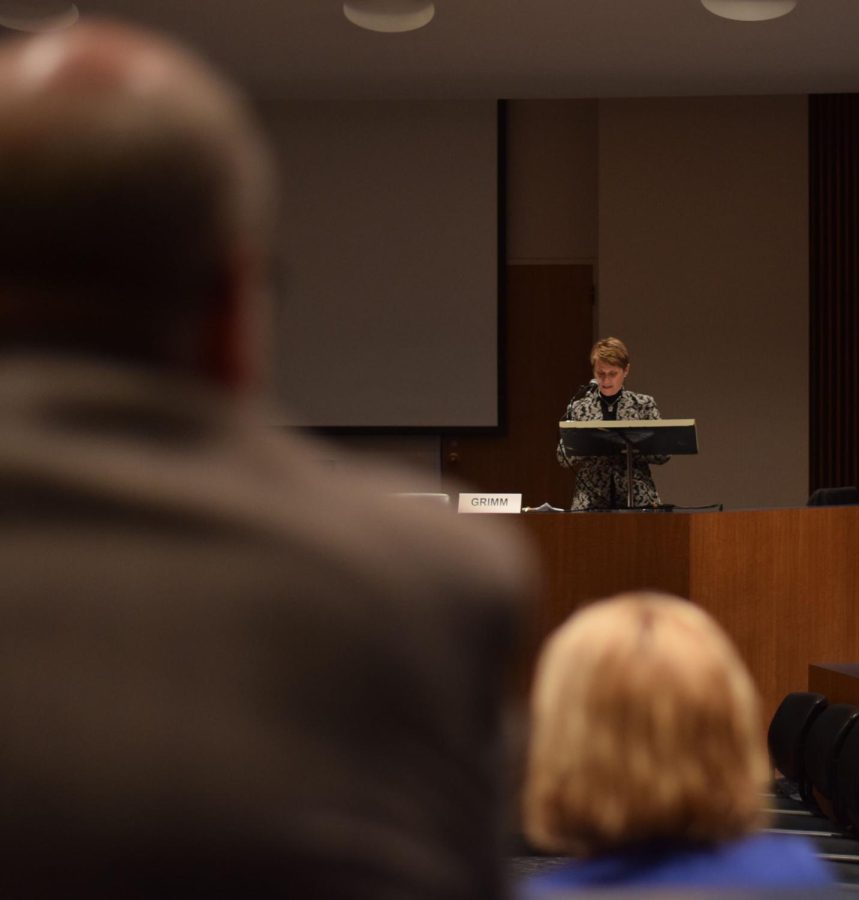 President Bev Warren delivers her remarks at the Faculty Senate meeting on Sep. 10, 2018.

President Beverly Warren told Faculty Senate Monday that while she personally thinks carrying guns won’t make society safer, a planned event sponsored by a May Kent State graduate could go ahead if it follows university policy.

Warren mentioned the Sept. 29 rally proposed by Kaitlin Bennett, who gained national attention after she posed on campus following her graduation with an AR-10 strapped across her back. The president never mentioned Bennett by name.

She said the university prohibits students, faculty and staff from carrying guns on campus. It also does not allow anyone, students or non-students, to carry guns in campus buildings.

“I will support that as long as I’m standing and breathing,” Warren said.

Her personal position, she said, is “the last thing we need is for all of us to be carrying guns, thinking that we will be safer.”

Warren said a Second Amendment demonstration could go ahead if university rules are followed.

Warren said the university officials “still do not have the clarity on exactly” what Bennett wants to do.

Kent State released a statement on Aug. 29 telling Bennett to “cease and desist” all advertising of the event because it wasn’t properly registered and didn’t comply with university regulations.

In a response, Bennett said her rally follows the exception to the policy, which allows non-registered events as long as there is no sound equipment and students and faculty can proceed with their normal activities.

Warren said the university is happy to talk to any group who wants to hold an event to make sure they follow the correct university policy. She did not say whether the university had talked directly with Bennett.

“We will abide by policy,” Warren said, “and we will welcome freedom of expression and freedom of speech within our guidelines.”

Rachel Hale is an administration reporter. Contact her at [email protected]