Locally raised finance student named to Board of Trustees 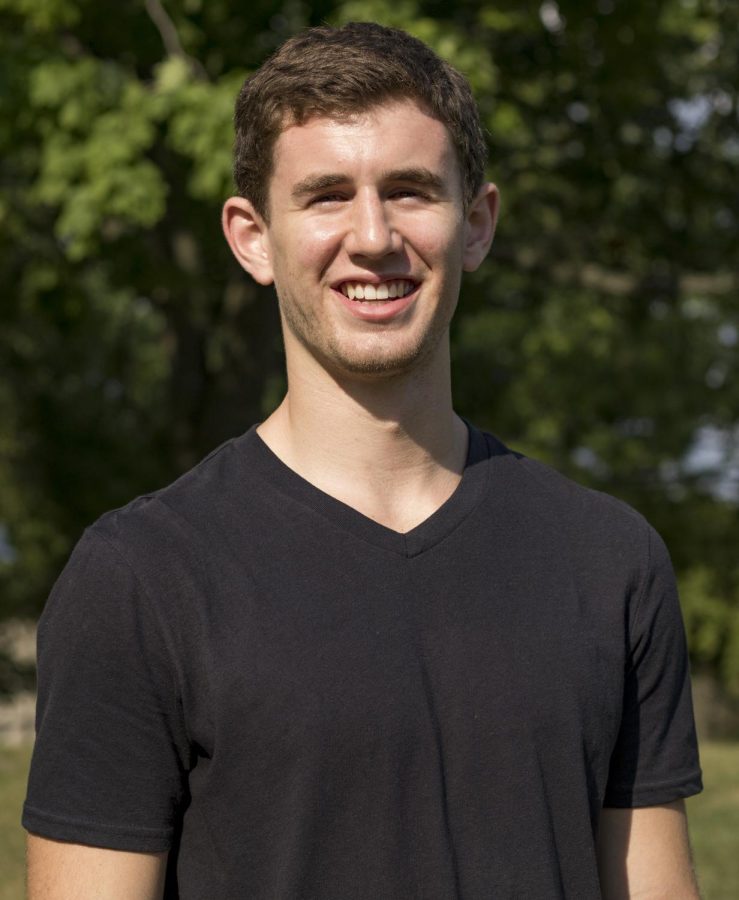 Nicholas Kollar, sophomore finance major, poses for a portrait near the Esplanade Tuesday, Sep. 4, 2018. Kollar is the newest student member of the Board of Trustees after being confirmed by Gov. Kasich on Aug. 16.

If any student should have his finger on the pulse of the university, it is sophomore economics and finance major Nicholas Kollar.

Kollar was appointed undergraduate student trustee of the Kent State University Board of Trustees by Ohio Gov. John Kasich this summer to serve a two-year term. He is replacing Carly Evans, whose term recently expired.

As the university’s governing body, the Board of Trustees is responsible for what Kollar described as “long-term” university planning, including selecting and appointing the president, setting the operating budget, approving construction projects, establishing tuition and fee rates and approving all university rules.

The board is composed of 12 members, nine of whom have voting privileges. As the undergraduate student trustee, Kollar cannot vote, but he expects his voice to be heard.

“They’ve emphasised that they do look for the student trustees a lot in the meetings, for input and opinions,” he said. “I plan on being a very vocal trustee, making sure I bring something to the table.”

Kollar’s responsibilities include attending the Trustees’ quarterly meetings and keeping up to date on university issues. He said he plans to sit down with students between meetings to listen to their concerns about university policies.

Some of the student issues Kollar personally cares most about — including the affordability of textbooks and “clickers” — aren’t the responsibility of the board, but he hopes to learn about ways he can make a difference through his conversations with students.

He was encouraged to apply for the position by a secretary in the dean of students’ office, where he is employed as a student assistant. After sending a resume and interviewing with the university, he earned an interview with the governor’s assistant. The phone call telling Kollar he’d been selected came while he was on a road trip in early August.

He said the trustee position interested him because he enjoys having a deeper understanding of how systems are supposed to work.

“I love learning about the behind-the-scenes work, especially at the university,” he said. “I find that a lot of the issues that are easy to complain about at the university actually have very distinct and reasonable explanations behind the scenes.”

He said his experience working with budget money to fund student organizations is an example of this. While it may seem like the university can afford to give any organization whatever they want, he said the actual budget is much tighter.

A longtime area resident and graduate of Stow-Munroe Falls High School, Kollar spent a lot of time in Kent before enrolling at the university, from competing in sporting events to eating downtown with friends. He said watching the community evolve over time inspires him, and he believes the work of the trustees can benefit the entire community.

“I grew up around the area, and I’ve seen Kent State grow over the past decade,” he said. “And you can see, even with the downtown, the things that the university changes and implements and the way that they renovate things has a direct impact on how well the economy of Kent is doing.”

The board’s next meeting is Sept. 12 on the Kent Campus.

Dylan Reynolds is an assigning editor. Contact him at [email protected]