The role of climate change in extreme weather 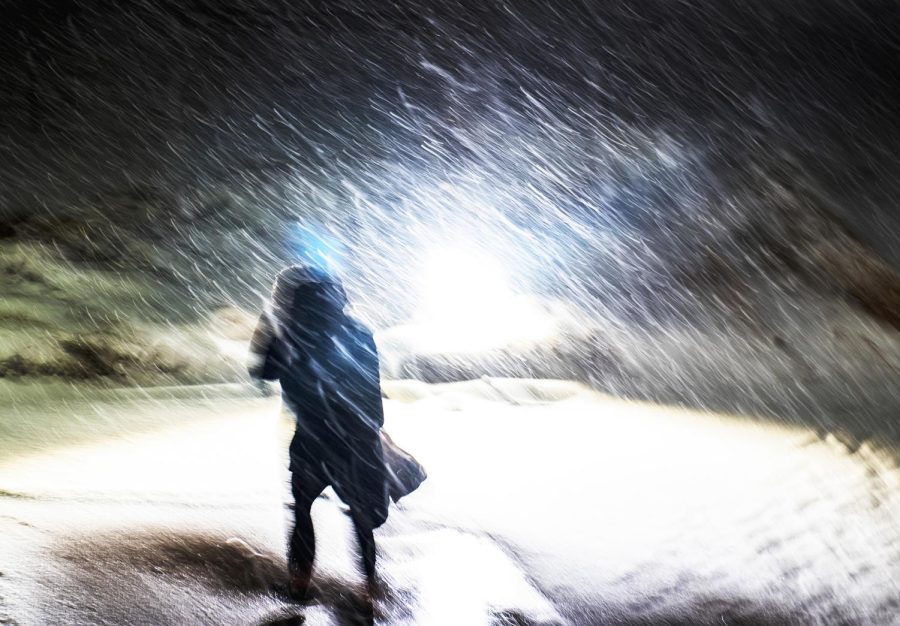 A person walks through a snowstorm in Kent, OH, March 14, 2017. Joseph Ortiz, a professor in the department of geology at Kent State University, said that as the planets temperature increases, it could cause lake effect snow produced by the Great Lakes to turn into lake effect rain.

Climate change may play a role in occurrences of extreme weather, but it cannot be perceived as the direct cause of any specific event, said Cameron Lee, an assistant professor in the department of geography at Kent State.

Lee compared the influence of climate change on extreme weather patterns to a baseball player taking steroids. While steroids may enhance a baseball player’s ability to hit homeruns, their effects cannot be held responsible for one particular homerun, Lee said. Instead, the steroids give the player a better chance of consistently hitting home runs over a long period of time, Lee said.

While researchers cannot credit climate change to specific instances of extreme weather, they can acknowledge a link between them, said Joseph Ortiz, a professor in the department of geology.

“There is a connection between climate change and the weather that we see, particularly during hurricane season and other extreme events,” Ortiz said.

“An atmosphere that’s warm and has lots of water vapor in it is one that’s potentially primed to generate larger, stronger hurricanes and tropical storms,” Ortiz said.

Other extreme weather conditions, such as heavy rainfalls and droughts, are made more intense by rising global temperatures and greater amounts of water vapor in the atmosphere, Lee said.

Precipitation occurs more frequently when the atmosphere contains large amounts of water vapor, and as a result, it can create “more intense” rainfalls.

Northeast Ohio has experienced “relatively modest increases” in precipitation, partially because of its proximity to the Great Lakes, Ortiz said, which minimizes some of the effects of climate change. However, the Great Lakes themselves have been changing.

“Lakes around the planet and the Great Lakes have been warming in recent years because of the increasing amount of greenhouse gas in the atmosphere,” Ortiz said. Changes to the Great Lakes could alter winter conditions in nearby regions.

“We could see cold temperatures that are associated with cold winter flooding and cold winter rain events,” Ortiz said.

Another effect some researchers anticipate from climate change is more instances of heavy precipitation, Lee said. Instead of light, frequent storms, some regions could receive less frequent, heavier ones, which could potentially lead to floods and droughts.

“If you get the same amount of annual average precipitation, but it all comes in 10 storms as opposed to 100 storms, you get both flooding and droughts,” Lee said

These changes may not occur on a yearly basis, but instead over a long period of time. “The long-term trend is as long as we continue to put increasing amounts of greenhouse gas into the atmosphere, there’s going to be increasing activity,” Ortiz said. “That doesn’t mean that every single year is going to be worse. It just means that on average we’re going to see more and more storm activity.”

Paige Bennett is a reporter. Contact her at [email protected]