Weed prescriptions ignored on campus because of federal funding 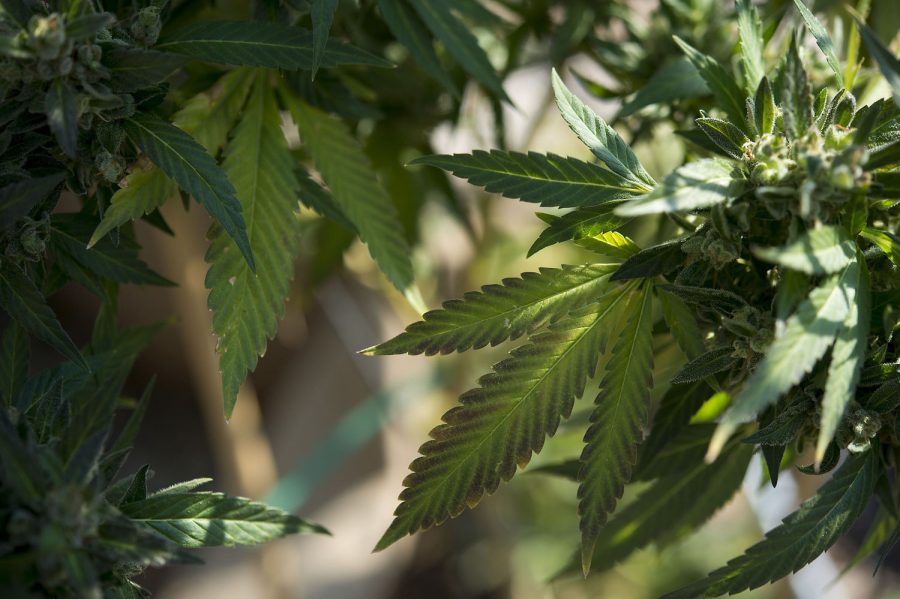 Marijuana grower Basil McMahon with his crop in Grass Valley, Calif., on November 12, 2015. A sweeping new package of laws will reverse years of state silence by regulating and licensing every stage of the medical marijuana industry. “It means I’ll be able to do what I'm doing without fear of persecution for the first time in my life, for the first time in generations,” McMahon said.

According to the Drug Enforcement Administration, marijuana continues to be considered a Schedule I drug under federal law.

Lt. Chris Jenkins of the Kent State Police Department said use of medical marijuana on campus is prohibited by university policy, as it is a violation of the student code of conduct, but legal in the state of Ohio.

“The university is both concerned about students, staff and faculty and the implications of medical marijuana usage,” said Jenkins.

Students who violate the student code of conduct and use medical marijuana on campus would face no legal ramifications. Instead, they would go through the Office of Student Conduct.

The university will be revisiting these policies on Tuesday, August 14.

“We’ll be revisiting the policy and also discussing what our approach will be in terms of any students who may be legally able to use marijuana,” said Dean of Students Lamar Hylton.

“While it’s legal in the state of Ohio, marijuana continues to be illegal at the federal level. As an institution who receives federal funding, we have to be compliant with federal law.”

Any change to university policies would have to follow federal regulations, Jenkins said.

Addie Gall is the design director. Contact her at [email protected]