Opinion: A photojournalist’s betrayal: How not to tell a story 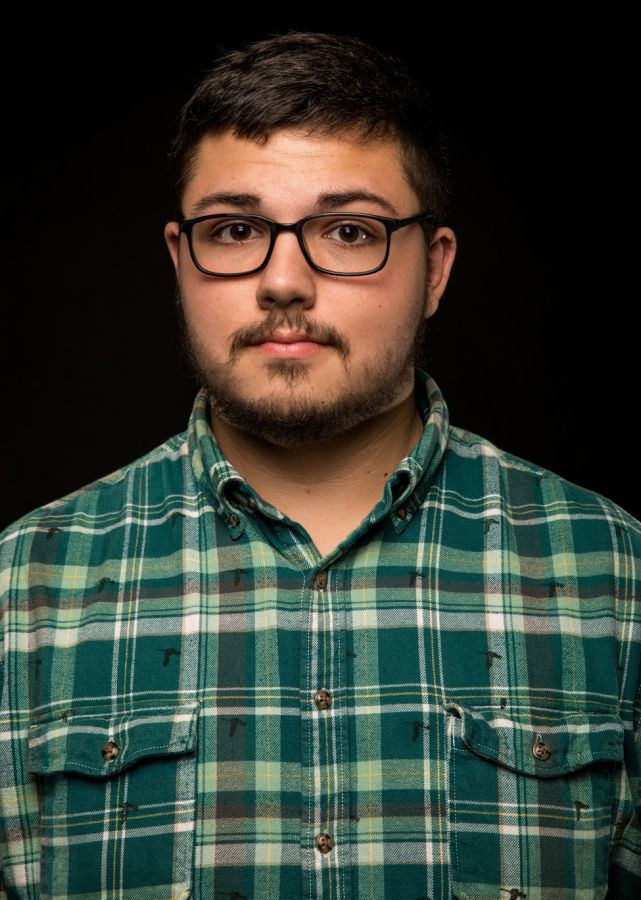 A few days ago I was scrolling through my Instagram feed killing time before work. As I scrolled through, I saw many photos of people enjoying summer and photos from newspaper interns posting that day’s assignment.

I also saw a post from the World Press Photo Foundation (WPP), depicting two dark-skinned children standing in front of what appeared to be a clay hut with a thatched roof.

The background is desolate with a dark sky looming overhead. The children, who look no older than 8 or 9 years old, stand with hands clasped to their faces, shielding their every feature.

In front of the children is a scene one might expect to find at their aunt’s Christmas dinner. A table covered with a vibrant red cloth, adorned with piles of fruit, a turkey, pasta, pudding and two pristine glasses of water — all fake.

It was presented to these children and others from Uttar Pradesh and Madhya Pradesh, two of the poorest states in India. All organized and photographed by Alessio Mamo.

Mamo set up the scene, asking those having their portrait taken to “dream about some food that they would like to find on their table.”

A self-described photojournalist, Mamo has come under fire recently by an enraged photography community over his controversial work, “Dreaming Food,” which has since been taken down from his website.

There are questions that still lack an answer despite Mamo releasing a statement on the matter via Medium.

“I’m a human being and I can make mistakes. I want to offer my deepest apologies to anyone who felt offended and hurt by this (sic) photos, and to the people I photographed. It was not my intention at all to discredit them.”

This wasn’t a mistake. A mistake is missing a photo of a running back scoring a touchdown or misspelling a word in a caption. Going into impoverished communities halfway across the world, making images to be put in galleries and on your website and exploiting others for your own gain is no mistake. It is unethical, immoral and against everything photojournalism stands for.

Whether you are a dues-paying member of a guild or a freelancer living assignment-to-assignment, you take an oath as a photojournalist to bring the truth to people. Far more importantly, you do your best to not inflict any harm on a subject.

There’s a trend in photojournalism — a bit of an open secret — that it is imperative to show those in front of the camera with as much dignity as humanly possible. Don McCullin is a shining example of this coverage with his work on starving children during Biafra’s famine.

Lynsey Addario did this with her photos of injured American soldiers wounded in Iraq and Afghanistan.

There are other ways to bring attention to the collisions of humanity and disaster without exploiting those caught in the middle. If, as a photographer, you are not willing to give those in the most extraneous circumstances as much grace and dignity as you would any other subject, then it is time to put down the camera and walk away.

It is not just those with the camera who have trespassed in the lives of those in Uttar Pradesh and Madhya Pradesh. While what Mamo did is a discredit to himself and his subjects, he is a symptom of a larger issue.

What many are also upset about is that WPP, an organization that boasts, “We are a global platform connecting professionals and audiences through trustworthy visual journalism and storytelling,” decided to publish these images on their Instagram account.

WPP has done a great deal of good over the last 63 years and has brought the stories of thousands to the world stage, but they need a new social media coordinator after posting Mamo’s photos on Instagram.

As journalists and editors — whether in the field or in an office — we are the gatekeepers of information. Had thought and consideration been put into what was being posted and context been considered for even a brief moment, there is a strong chance those images would be left on Mamo’s website out of the view of the general public.

At the end of the day, posted on Instagram or not, on a website or not, those images were still taken. The people of Uttar Pradesh and Madhya Pradesh are still going to have the same struggles. They were still asked to think about food they would like to eat while having fake food placed in front of them.

In photojournalism, we have a mission to inform the public of the greatest injustices in the world. To properly share those stories, we need to show the people who are a part of them respect and dignity. Making and publicizing these photos is a heartbreaking step backward in that mission.

Carter Adams is a contributor to KentWired. Contact him at [email protected]