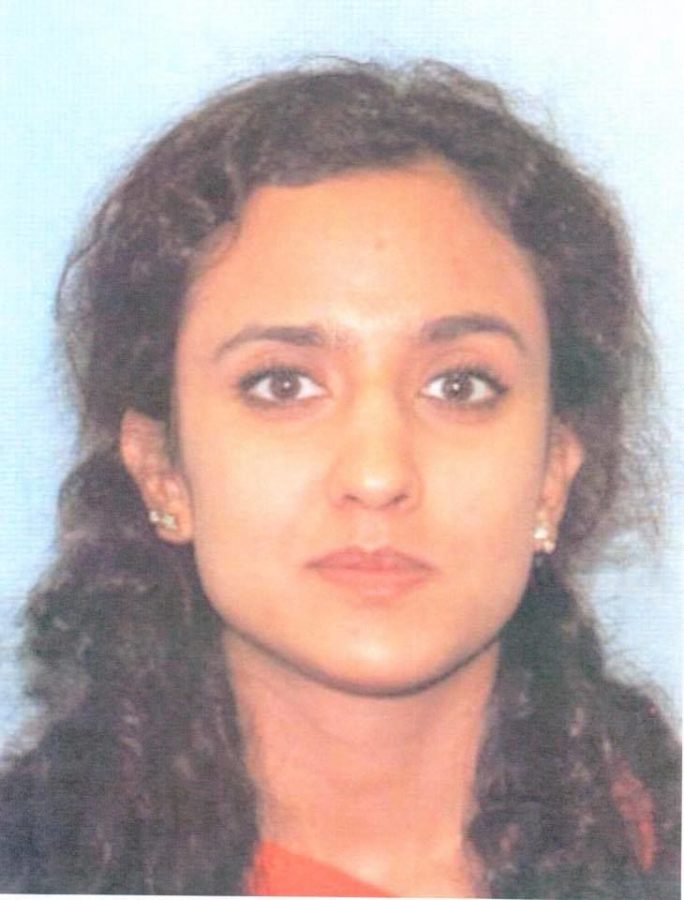 Ashtabula County Sheriff Bill Johnson confirmed Tuesday evening that a body has been discovered in the search for Rand Hilal Al Dulaimi, an Ashtabula woman and Kent State student who has been missing for 16 days.

At this time, the identity of the body has not been confirmed.

The coroner’s office will look to identify the person next, and the police will no longer be searching at this time, Johnson said.

Police found the body near North Bend Road, not far from Ninevah Road, where detectives with the sheriff’s office and the Ohio State Highway Patrol combed the wooded area around the property of Al Dulaimi’s estranged husband, Jeffrey Stanley.

She was last seen at his home on July 9. The sheriff’s office declared Stanley, 28, a person of interest in the case Thursday. Stanley was arrested Saturday on a parole violation and remains at the Ashtabula County Jail.

The sheriff’s office, accompanied by the Ashtabula Police Department, the state Bureau of Criminal Investigation and the FBI, has been conducting searches for Al Dulaimi since July 11.

“We’ve been doing a very extensive investigation with a lot of agencies,” Johnson said. “We worked hard on this. … Even though people didn’t know when and where we were searching, we never stopped.

“We certainly believe that if it’s her, the family will get some closure, and certainly the officers that worked so hard on this as well.”