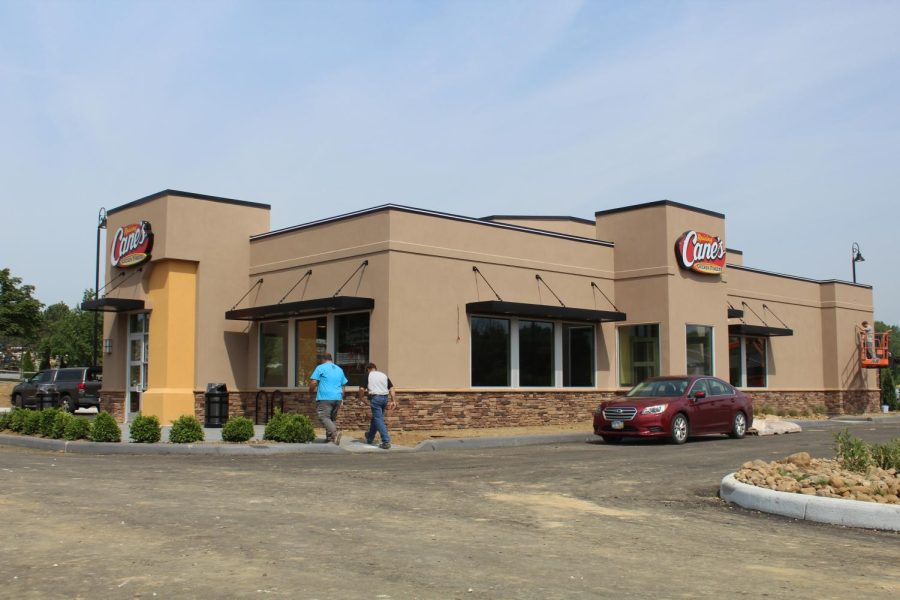 Raising Cane’s opened its newest location on East Main Street today with its first costumer getting in line at 10 p.m. Monday night.

Ian Hose, from Akron, stood outside Monday night to be first in line to order the company’s famous chicken fingers.

“I lived in Columbus for about a year and I would get Cane’s almost four times a week,” Hose said.

Before the store opened, the company held a raffle in which 20 members of the crowd won free food for a year. While the hungry costumers waited in line they also had the opportunity to spin a prize wheel to win Raising Cane’s merchandise.

Shortly before the ribbon cutting ceremony several members of the Raising Cane’s staff spoke — complementing the Kent community and thanking it for all of the support. Mayor of Kent, Jerry Fiala, welcomed the store to Kent and joked saying, “It was the best catfish I have ever eaten.”

Around 1 p.m. Denzel Ward of the Cleveland Browns made an appearance to enjoy Raising Cane’s food.

Chris Spegal is the downtown reporter. Contact him at [email protected]