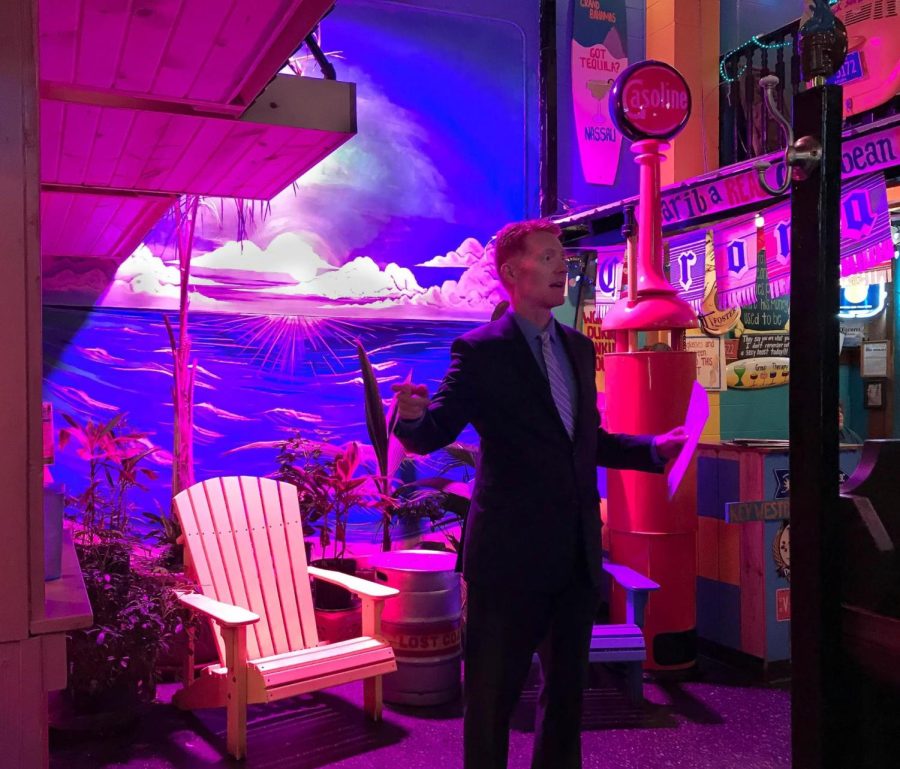 Dave Ruller at Breakfast with the City Manager on April 25th.

Once a month, you can enjoy a cup of coffee and a shortstack with Kent’s city manager at Mike’s Place.

Every fourth Wednesday of the month, residents gather at the local restaurant to ask questions about Kent government and current city issues.

Kent City Manager Dave Ruller has held this breakfast for over eight years.

“Even though we are a small town, it’s hard to keep people informed,” Ruller said. “These conversations help keep the community connected.”

Ruller began the breakfast at 7:45 a.m. with a smile and a “Good morning.” He then gave an overview of upcoming and past events in Kent, and opened the floor to questions from reporters, city council members and residents.

“It’s a mini state of the city every month, most cities only do that twice a year,” said Lori Wemhoff, the executive director of Kent Area Chamber of Commerce.

What to know about the City of Kent in April and May:

Amidst the mass school shootings, Kent’s police chief created a brochure on policing in the area and what role they play in public schools.

Police are partnering with Kent State to address texting while driving, walking and biking across campus. “It’s become a phenomenon in our culture, and it’s unsafe,” Ruller said.

Kent’s health department will unveil their mapping of public health in Kent at the city council meeting on May 3.

Planning is underway for the Creativity Festival, which will take place on Saturday, September 29, 2018.

While considering plans for the new town hall, city council is reviewing town hall designs in the surrounding area. The council is open to design ideas from residents, Ruller said

The once-funeral home across from the Women’s center will now become a plaza and will house a new drive-thru Starbucks. The opening date is not confirmed.

Taylor Patterson is the business and downtown reporter. Contact her at [email protected]