Kent State softball gears up for the playoff push 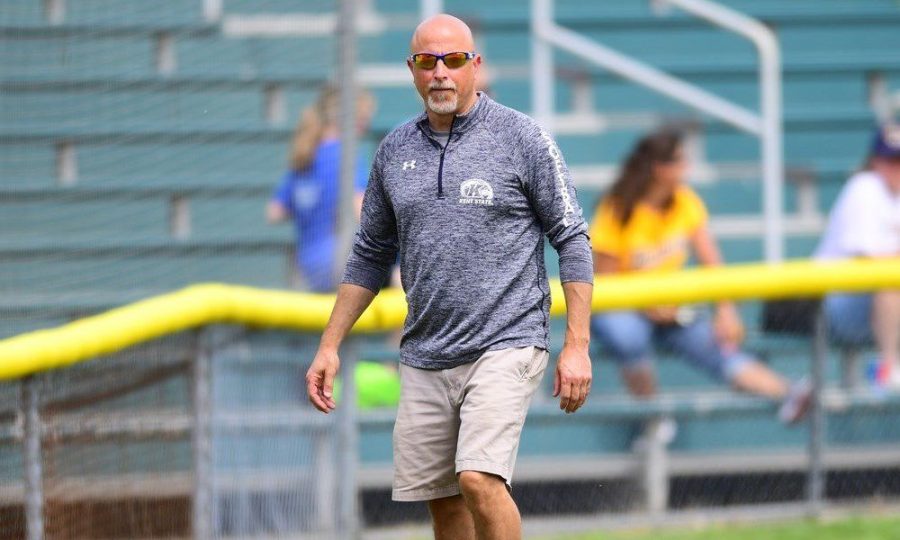 As Kent State Softball approaches the homestretch of its regular season, coach Eric Oakley couldn’t be happier with where his team stands.

“Of course there is always room for improvement, but I believe there is a lot of positives to build off of,” Oakley said.  “For one, our offense has been really great, we’ve been able to hit the ball and score runs consistently and that’s helped our team a lot.”

“We have a very good team,” Oakley said. “We have had players win MAC East player/pitcher of the week five or six times this season, which is a great achievement.”

Senior shortstop Holly Speers has won the award three times this year, while pitcher Madi Huck, outfielder Emily Dobbin and third baseman Bailey Brownfield have all won it once.

Brownfield is the most recent winner of the MAC East player of the week award after going 12-21 including three doubles, a triple and a homerun with 10 RBIs.  She also secured the victory over Toledo on Saturday with her second walk-off hit of the year.

“Bailey Brownfield has been great for us batting behind Holly,” Oakley explained. “Whenever a team decides to walk Holly, Bailey has been able to make them pay.”

The team also boasted two of the top 10 players with the highest batting averages in the NCAA: Speers, who is second in the nation with a .520 batting average, and freshman outfielder Kennadie Goth, who is eighth with a .472 average.

“Holly has been fantastic for us this season,” Oakley said. “She’s hitting so well that teams have begun to walk her consistently, which gives us a baserunner and kick starts our offense. Emily Dobbin and Kaitlyn Miller have been solid pieces for us as well.”

While offense has been a strong point for the Flashes, Oakley believes the team has yet to hit their stride.

“The tournaments at the beginning of the season provide us with the ability to work out the kinks and figure out our team,” Oakley said.  “Now that we are in the conference part of our schedule, we need to find our groove and carry it to the end of the season.”

In order to hit that stride, Oakley says there is two key areas in which the Flashes must improve.

“We’ve got to improve our pitching and our hitting with runners in scoring position,” Oakley said. “We get in a lot of situations where we have runners on second or third base and we don’t score, and that can be a deciding factor in some games.”

However, pitching is its own challenge.

“Some of our players who are now pitching, weren’t recruited as pitchers,” Oakley explained.  “Most of them were actually recruited to play infield or outfield, but our pitching is something that continues to improve every day and that is encouraging.”

The Flashes are currently in the middle of an 11-game stretch against conference opponents.

“Obviously every game is important for us,” said Oakley. “The better we do in our conference, the higher the seed we have in the MAC Tournament and the better off we are.”

Oakley hopes to repeat the success the team had during the final few weeks of the season last year.

“Last year, we hit our groove at the perfect time,” Oakley said. “We won 10 of our last 12 games and carried that success into the MAC Tournament.”

Kent State would eventually go on to win the MAC Championship and qualify for the NCAA Tournament, where they lost in the Waco Regional.

“Obviously, our goal is to play our best and qualify for a high seed in the postseason,” Oakley stated. “Right now, we are still in a position to meet all of our goals and be successful for the remainder of the season.

“It’s about everything coming together at the perfect time, and playing your best ball when it comes time for the postseason,” Oakley said. “Hopefully, we can do that again this year.”