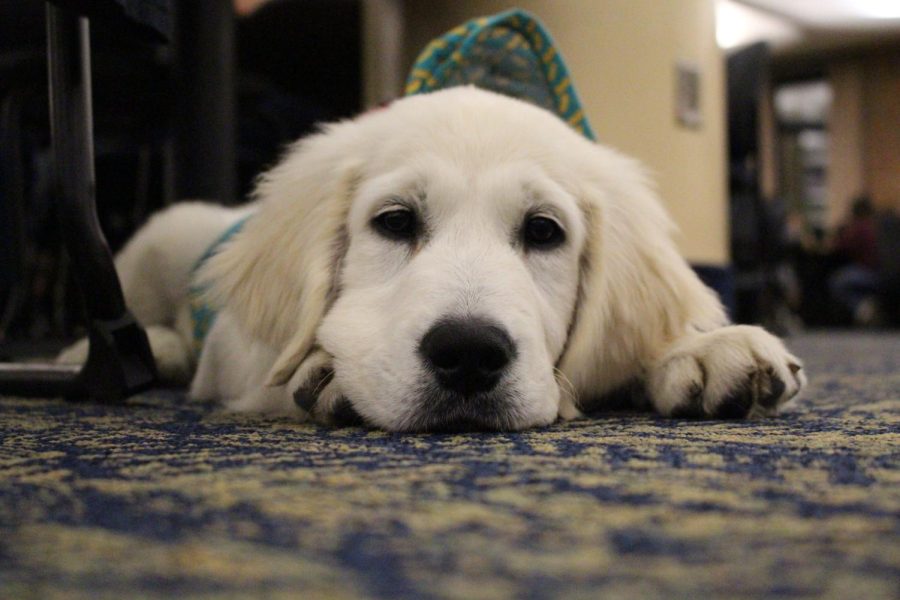 4 Paws for Ability will change its name to Paws for a Cause.

After two years on campus, the Kent chapter of 4 Paws for Ability will change its name to Paws for a Cause.

The change comes from the expansion of the program. University coordinator Lynn Agee explains that the program grew out of the university exclusively using the 4 Paws for Ability name when there’s a larger population of 4 Paws dogs on Kent’s campus.

The Kent club voted to rename itself Paws for a Cause. Students who wish to foster 4 Paws dogs now have the option of joining the club, or to just remain in the 4 Paws program soley.

There’s a couple differences between the two programs.

They both will train 4 Paws dogs, attend monthly training sessions and have fair access to all puppy sitters in the area; however, the Paws for a Cause program will have opportunities for more socialization events and on-campus programs. They will also be subjected to an additional monthly meeting separate from training.

“The program has only been on Kent campus since spring 2016,” said Alexis Bruno, the upcoming vice president of the club. “It has been two years of learning what works and what does not. The new board is ready to take all that was learned over the last two years and make being apart of the student organization as rewarding as possible not only for our amazing dogs but also our members.”

As members voted on the new name of the club, they also elected a new executive board as well. Alongside Bruno, Rachel Loughren was elected secretary, Maria Balcer as treasurer, Kayla Haren as co-director of communications and Alivia Eckard as co-director of programming.

Since the beginning of the 2017-18 school year, the amount of Kent State’s 4 Paws for Ability volunteers have doubled, and the board is currently meeting to execute new changes to the club and campus.

“One (goal) is to expand the knowledge about service dogs and service dogs in training (SDIT) throughout the campus. I would also like to see the campus become more service dog friendly. Not only for our dogs but for all the other service dogs on campus,” said.

Agee encourages growth of the program on campus, she said “the more the merrier” and welcomes students to apply as primary fosters and puppy sitters.

Caroline Henneman is the humanities reporter. Contact her at [email protected]