REVIEW: J. Cole’s ‘KOD’ is a must-listen album with a powerful message 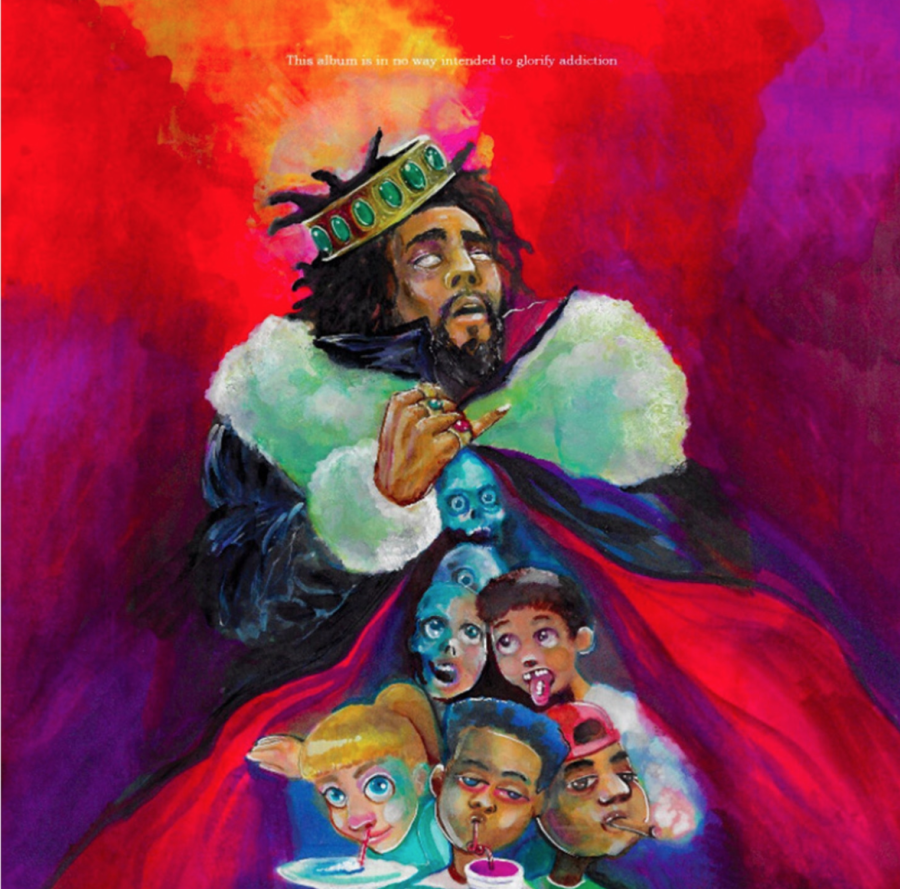 J. Cole surprised his rabid fan base once again when he announced April 16 he would be releasing his fifth studio album, “KOD.”

J. Cole teased fans by changing his Twitter and Instagram profile photos to purple; also deleting all his Instagram photos. In this day and age of hip-hop and the music industry, unusual social media activity usually means new music is imminent.

Cole explained on his Twitter account there were three different subtitles for “KOD,” which are: Kids on Drugs, King Overdose and Kill Our Demons. He explains the album title here.

After going through about four to five listens of the album, here is a review, song-by-song:

This may be one of the weirdest and creepiest intros to an album I have ever heard. The song opens to a woman talking about how newborn’s communicate; through laughter and crying. She then discusses how life is filled with pain, but there are many ways to cope with it. It offers one message: Choose wisely with your pain.

J. Cole doesn’t wait long for this banger. It has an awesome, catchy beat. The first verse is about how people always talk about Cole not getting any features on his albums. He attacks those people saying he should have features on his albums by saying “….ain’t worthy to be on my sh*t.” This song is very catchy and it should be featured as one of his first singles off the album.

I love the beat to this music. The song is about how in this day and age of social media, we can become attractive to someone who we have never met before in our life. It is pretty much about how the dating scene we have known has become digital. Social media is a type of addiction, which Cole is expressing here, as he describes in his lyrics: “Love today’s gone digital and it’s messing with my health.”

So, I am going to go out with this theory of who the feature is: It is Cole himself. It is an alter ego side of him. The beat is catchy, but slow. The song is pretty much about how over time, you will see who is on your side and who is not.

This is a song that will be played on the radio a lot, and it has already been featured in ESPN NBA Playoffs advertisements. The creepy woman’s voice is back with another creepy voice again. Anyways, it is one of my favorites on this album. “ATM” is just about him getting money and counting money. Catchy lyrics, great beat.

Another song I feel like will be played on the radio a lot. Also, another favorite song of mine. This kind of reminds me of Kendrick Lamar’s “Levitate.” However, I love the beginning of this song where it has pretty much a video game sound effect to it. This song is also about money, but motivation to get money. It is a very catchy song.

Interesting song title choice. I think I have a feeling why it is named this way. I am still not sure how I feel about this song. What I found interesting is he is using Migos lyrical flow with the skirt stuff. He also talks about how he does not need side pieces because he has a wife.

I am not sure how I feel about this song. Pretty interesting topic to talk about. It sounds like he is talking about taxes and asks the question: “Damn, do I even have a say ‘bout where it’s going?” He raps about how he should decide where his money goes.

This is a very touching song. He talks about his mother. Also, the creepy woman’s voice is back. I am still not sure how I feel about her. I love the singing he does on here. It is a very deep, meaningful song. He talks about how he gets mad when his mom calls late at night when she is drunk. This song brings me back to his mixtape days of “Friday Night Lights.”

This is technically the last song for “KOD.” This song starts off with a little kid talking about how her cousin got shot. It is a very powerful to draw and bring listeners into. It has a very catchy beat to it as well. During the song, Cole mentions about he met a little girl who told him about her cousin being shot as well. It is just another powerful, deep song.

I cannot wait until his next project comes out. If this is how his next project is going to sound like, wow, people better watch out for him. If anyone wants to know why it is titled, “1985,” it is because Cole was born in that year. Another catchy beat and this album is filled with them. I am not really sure who he is dissing in this song, but I am pretty sure it is towards Lil Pump who has dissed Cole in the past. Cole is just telling it like it is towards Lil Pump, and whoever dissed him. It is a great introduction to his next project.

The album is only a couple days old, but it is already an instant classic. To me, it could rival “2014 Forest Hills Drive” as his best album. It is a different style of Cole that his longtime fans have never heard him do. Cole is already doing big numbers in just a couple of days.

What I love about this album is J. Cole is starting to become an activist the hip-hop and rap world need. He is someone people can look up to.

Simon Hannig is a copy editor. Contact him at [email protected]