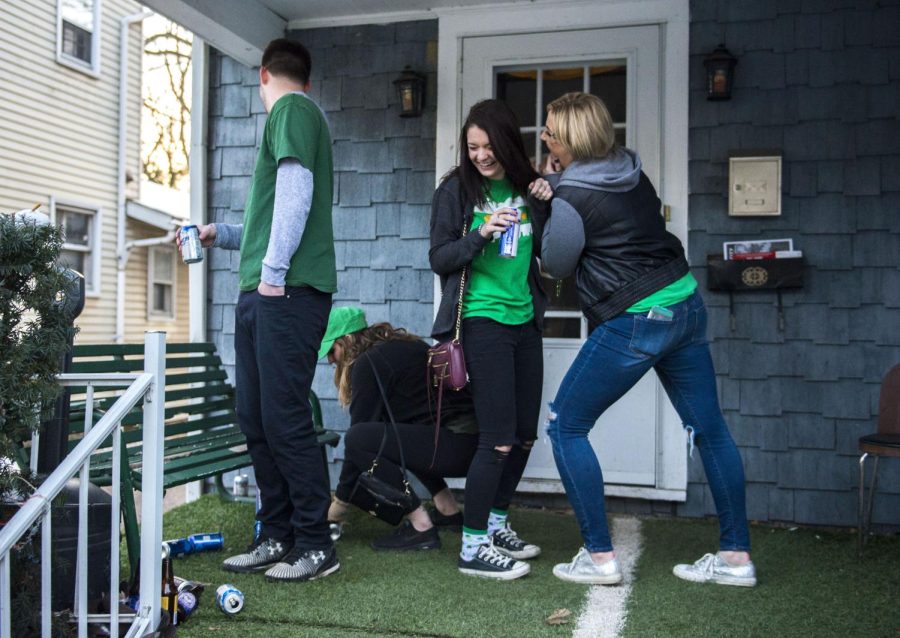 Kent City Police and KSUPD are both preparing for an interesting St. Patrick’s Day situation this year. Both Fake Patty’s Day and St. Patrick’s Day fall on a Saturday, raising the possibility of two major party days just a week apart from one another.

“We believed that, since St. Patrick’s Day falls on a Saturday this year, Fake Patty’s Day might not come to fruition, but we’re learning now that’s not the case,” said Lt. Mike Lewis with Kent City Police.

“We’re planning to have a lot of activity on both days,” Lewis said.

On both Saturdays, KSUPD will have all officers on duty and plans to be fully staffed all day. Kent City Police will also be fully staffed, but, to help deal with the large parties downtown, they may request assistance from additional agencies outside of Kent such as Metro SWAT from Akron.

During large scale events like this, Kent City Police and KSUPD cooperate in “Joint-Jurisdiction Areas.” These are areas with a significant amount of pedestrian traffic, such as the intersection of Lincoln and Main St. In recent years, incidents occurring on Halloween have gone down while police have seen a notable uptick in incidents during Fake Patty’s Day.

Prior to major events like Fake Patty’s Day and Halloween, KSUPD, in conjunction with the Office of Student Conduct, Undergraduate Student Government and Kent City Police, go around downtown and conduct neighborhood canvassing, talking to owners of major party locations and other areas of concern.

The goal of neighborhood canvassing is to show people how they can host a responsible party and, should a party get out of hand, how to shut it down.

If a party does get out of hand, hosts are encouraged to call the Kent City Police Department for assistance in shutting it down rather than waiting and getting a citation.

“We highly encourage students to make good choices on that day and remember that they are representing Kent State, regardless of where they’re at,” said Tricia Knoles, the community resource officer with KSUPD.

David Williams is the safety reporter. Contact him at [email protected]