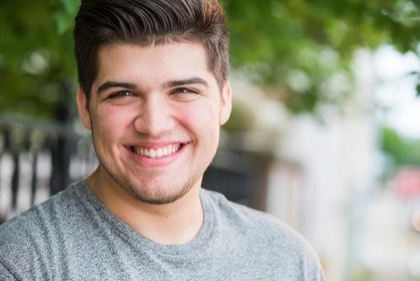 Candidate for Director of Student Advancement

What is your platform?

My platform essentially goes with giving the students a voice, so with that being said, Director of Student Advancement would be in charge of overseeing construction that goes around campus that advances the student body, also is in charge of the judicial advocate program, which is a program that helps students whether they get in trouble for like a substance abuse policy or for whatever reason they have to go to student conduct court, they are represented by a student so they’re not alone. So yes, I want to continue that, I want to advance that to make students feel more comfortable going through that process. And with the aspect of construction, there’s a 10-year master plan that’s implemented at Kent State and it really just brushes the surface on what they want to do first and what areas they want to do first. So I’m going to be sure that the students voices are heard and that the areas that need help first get the attention first. And also concerns of like parking services. I read a lot of comments on the master plan and I hear a lot of commuter students, they are late to class because there’s no parking spaces. So I feel like there’s a better way we can organize that and, if elected to hold this position, I would definitely make my focus on that as well.

Why should people vote for you?

Well, I am a freshman, so I feel like I have a wide range of people I know. I’m in a fraternity as well, so with that being said … I’ve grown to know a lot of upperclassman. With being a freshman … I obviously know a lot of freshman so that’s the future of Kent State, so having their voices heard, as well as the people I know that are older than me … Being in a fraternity, I feel like that gives me an advantage. I have great leadership skills. I currently hold Vice President of my fraternity as a freshman, which can be a big deal, so that my fraternity believed that I was able to lead them. So with that being said, I feel like I could be a good leader.

What changes are you looking to enact?

Around campus things, whether it be like Starbucks or anything like that, there’s so many things that are being copied. Like, many things. I would just like to see areas that need help first be fixed first, whether that be the arts building. The arts building, their classrooms look like … they’ve never been renovated. I have classes in there. I’m not being biased ‘cause I’m a musical theatre major. I had classes in there even before I was musical theatre major. And the classrooms just look like elementary classrooms, like paint is peeling off the walls. There’s really nothing advanced. Even last semester, I was a science major, and even some of the buildings in that – not the Integrated, no that’s new – but even some of the buildings in there are very, very old so I’m going to put my focus on making classroom environments better.