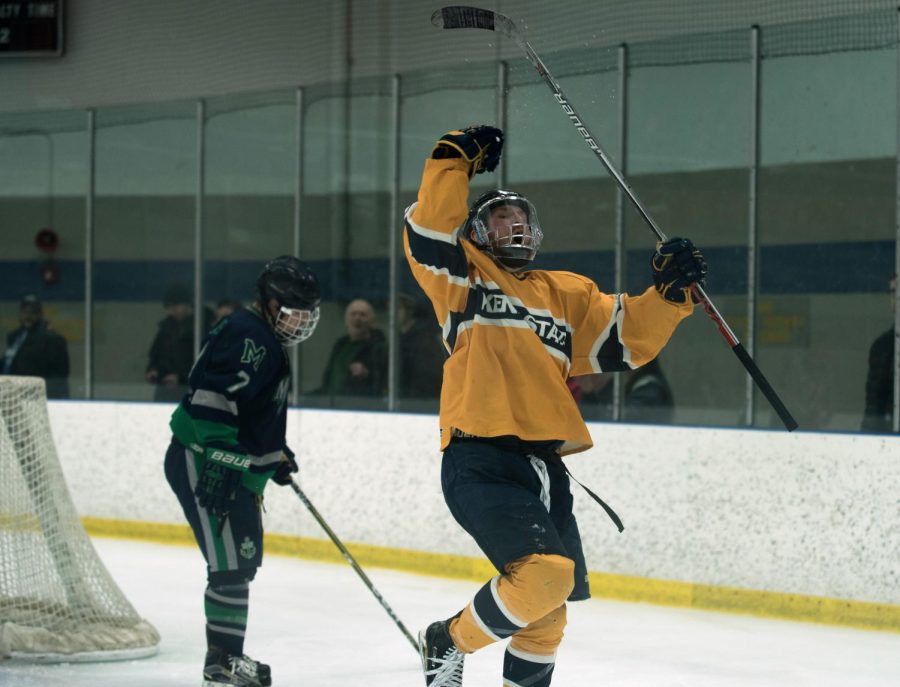 The Kent State men’s hockey club’s season was cut one game short of a chance at a league championship after a 5-0 loss to Adrian College Friday night.

Adrian is one of the best clubs in the nation, going 26-1-0 in the regular season and clinching the No. 1 seed in the Great Lakes Collegiate Hockey League tournament.

Kent State enjoyed one of the best seasons in club hockey history, setting a new record for wins in a season with 24.

The Flashes seemed overwhelmed in the quarterfinals against Adrian, which was one of the key factors that led to the shutout loss.

Despite the loss, the Flashes can find solace in the fact that they have improved each year since Coach Jim Underwood took the helm.

However, the program is still in phenomenal shape.

The team still has many of their key playmakers including forward Xavier Sudlow, forward Sean Moore and goalie Alex Okicki, just to name a few.

The team will also bring back most of the players on its defensive lines, which improved greatly over the course of the season.

The team’s recent success will also hopefully translate to a good recruiting class.

With another season under their belts, the Flashes have gained key experience which will hopefully translate to even greater success going forward.