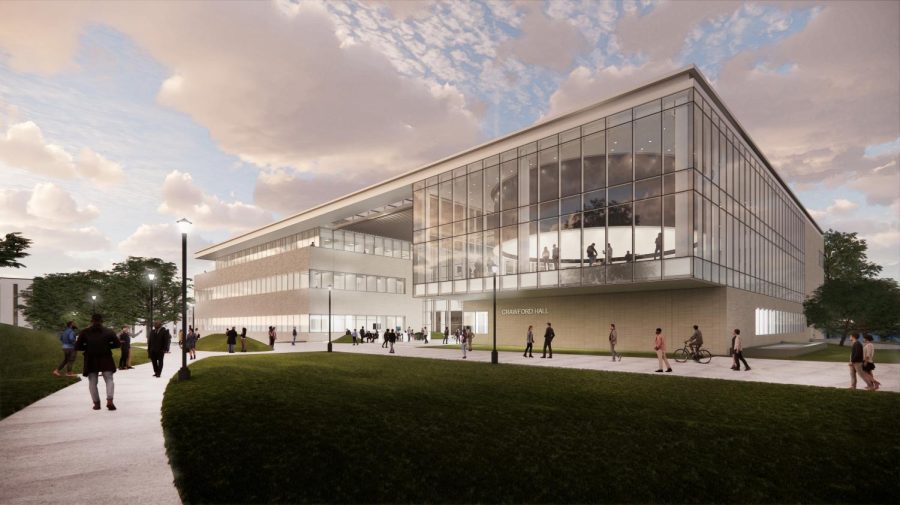 Kent State’s Board of Trustees authorized the senior vice president for finance and administration to lease the property located at 430-436 E. Main St, formerly known as the “cottage Starbucks” at its meeting Wednesday.

“A local restaurant owner has proposed to lease the premises for fair market value for the purpose of opening a food service location that will serve the university and Kent community,” a university press release stated.

The names of the owner and the restaurant were not provided during the meeting or in the press release. Starbucks ceased operations on the 1,628 square foot property and provided proper notice of the termination of said lease on Dec. 22, 2021, according to the press release.

The board also approved 24 named spaces in Crawford Hall, the new Ambassador Crawford College of Business and Entrepreneurship, expected to break ground in December.

Fifteen of the name spaces were from donations of $100,000 or more approved by the External Relations and Philanthropy Committee at its Dec. 10 meeting. President Todd Diacon approved nine other name spaces valued under $100,000. These names are recognition of the $10,700,000 in gifts that have been received for the college.

The board appointed Ambassador Edward F. Crawford as a National Trustee as of March 1, 2022. He will serve a three-year, non-voting trustee role, per the recommendation of the Nominating and Governance Committee, according to the press release.

Crawford provided the single largest donation in Kent State history to fund the construction and naming of the new College of Business and Entrepreneurship. The total minimum commitment for the donation is $28 million, with $5 million donated by Dec. 31, 2021, according to the Memorandum of Understanding between Crawford and the university.

The board also approved the naming of the Henry and Louise Timken Atrium in the Aeronautics and Engineering Building on the campus. The two story atrium will be a part of the addition to the new building and will serve as a connective space for various laboratories, classrooms, collaborative spaces and auditorium, the press release stated.

During the meeting, the board approved the implementation of two new majors effective fall 2022 following formal approval by the Ohio Department of Higher Education.

The new sport, exercise and performance psychology major will be available to students as a Bachelor of Science degree through the College of Education, Health and Human Services and the School of Teaching, Learning and Curriculum Studies. The major will be offered fully online with an option to take classes in a hybrid setting.

“The major will prepare students for careers such as assistant athletic trainers, sports performance coaches, and strength and conditioning coaches,” the press release stated.

The emerging media and technology major will be offered as a Master of Science degree through the College of Communication and Information.

In addition, members of the board approved the renaming of the Department of Geology to the Department of Earth Sciences and the acting – intended for the returning professional major acting major. Both name revisions are reflections of the current fields of discipline and the intentions of the programs and will be effective fall 2022, the board said.

At the conclusion of the meeting, Assistant Vice President and Director of University Health Services, Julie Volcheck, announced her retirement, which will be official as of Dec. 31.

“Life is calling me in a new direction with my new grandson. It’s not the burnout,” Volcheck said. “It’s difficult to step away,  but as we talk about work-life balance, I was so fortunate that my life let me do the work the last two years, and now my callings are a little different direction in a literally little, different way.”

Volcheck served as the associate director of University Health Services when she began working at the university in 2012, according to the press release. She then advanced through the Division of Student Affairs and interim director of University Health Services before accepting the permanent position in 2017. In 2020, Volcheck served as interim assistant president for the department, and later permanent assistant president, where she remained in that job until her retirement.

To honor all she has done for the university and helping the university navigate the COVID-19 pandemic, the board passed a resolution of appreciation for her.

Alexandra Golden is a reporter. Contact her at [email protected].

Emma Andrus is a reporter. Contact her at [email protected].