Communication is Key: Communicating effectively with your partner 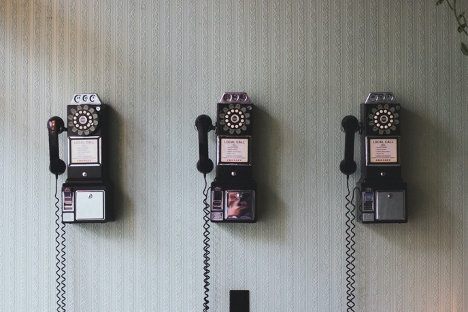 Two people coming to share a life together is not always easy. After knowing someone for a long period of time, issues can arise and many of those issues stem from lack of communication.

Only being able to see her boyfriend on breaks or when they visit each other is hard enough, but Casey Hart, junior construction engineering major, and her boyfriend always find a way to get through it.

“You will come across many people in life who will tell you, ‘communication is key’ and it really is,” Hart said. “Me and my boyfriend cannot communicate for the life of us.”

Hart said she and her boyfriend will argue about the stupidest topics, but they get angrier when the other doesn’t agree or does not want to talk about the issues at hand.

“We just solve issues differently,” Hart said. “I think that is a big problem of ours. He likes to talk about the issue right there and I like my space. I just need time to breathe and think about it, but sometimes after my space I don’t care.”

Their problem solving operates differently causing issues for the couple from time to time.

“Even the pointless arguments we have, it feels like we can’t talk about it,” Hart said. “The last argument was about money because he doesn’t understand that he needs to save.”

Her boyfriend is interested in flipping houses and feels like it would be a good investment, but he also is wanting to buy a new car. He just got a new car, Hart said, and he doesn’t have the money to flip houses, but he was not understanding where she was coming from.

“I kept asking him where he thinks he would get the money for flipping houses, a new car and a wedding in a couple years,” Hart said. “I think he needs to stop and figure out what he is going to do for the rest of his life before he takes that stuff on.”

The last time they talked, Hart and her boyfriend tried to communicate instead of walking away from the argument. They both realized they need to listen to each other more often and hear what the other has to say.

By the end of the argument, Hart realized she should look into flipping houses and the amount of money it would cost with everything added up. Her boyfriend will save up money and get a new car when he secures a better job, Hart said.

With similar issues, Naudia Marticek, senior communications major, said she and her boyfriend cannot communicate effectively when it comes to time management.

“We both graduate next month and I have been mentioning to him for a while that we need to start looking for apartments,” Marticek said.

Her boyfriend is a very last-minute person, she said, so when they make plans, they are usually making them as they are walking out the door.

“He keeps saying we have enough time, and we should not worry about it right now,” Marticek said. “His mom is moving to Florida in June, and we will be stuck living at my house or finding a last-minute place, and I do not want to do that.”

Whenever she talks to him, he just remains calm and repeats that there is no need to rush. It’s very important for them to find a house and should be on the top of their priority list, Marticek said.

She sat down with her boyfriend and explained to him how important it was that they do not find a last-minute place and how it could affect them.

“I kept telling him if we do not start searching for a place soon, we could end up finding last-minute jobs and having to pay way too much for an apartment because all the cheaper ones will sell out,” Marticek said.

After making her boyfriend sit down to talk, she told him the negative effects and how important it was to her that they both find an apartment soon.

Her boyfriend understood what she was saying, but since he is a last-minute person, he did not find it on the top of his priority list. But since it was important to her, he said he was willing to start apartment hunting.

Relationships can be difficult whether it’s a friend, parent or partner. Arguments and issues are bound to happen when having a relationship with someone. Sometimes, it can feel defeating when people can’t get their words out, almost as if they are lost in translation.

There are many online resources that someone can get help from including therapists, counselors in the Kent area and other stories relating to communication issues.

This is part of a Communication is Key series.