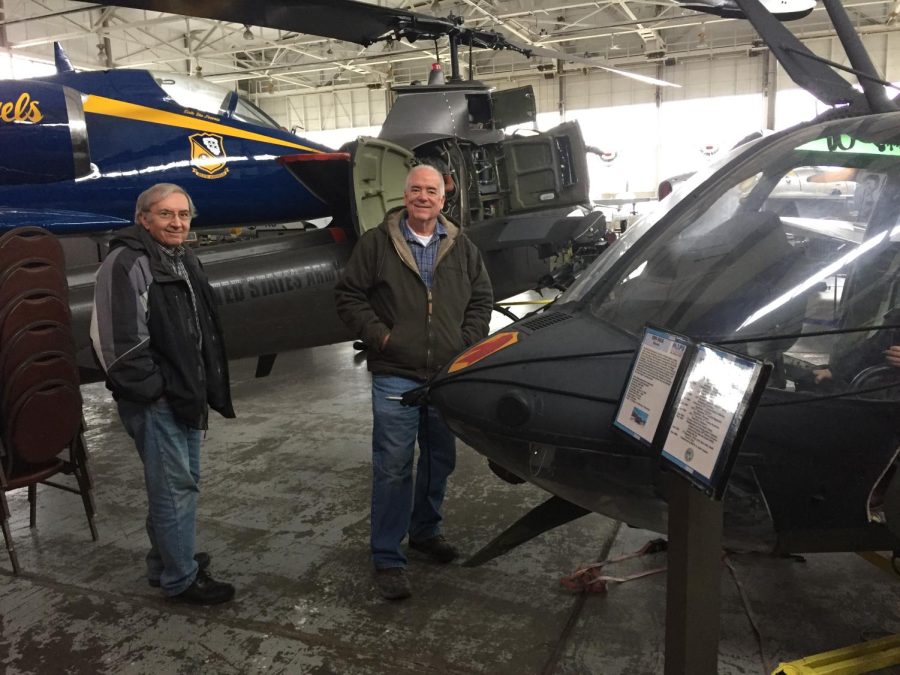 Maybe it was his love for technology or his years working on airfield lighting fields while he was in the U.S. Air Force.

Whatever it was, Stephen Paulus couldn’t get his head out of the clouds.

“His passion for flying was infectious,” said Chris Mars, a fellow pilot and friend of Paulus’ for the last three years. “He was just so fun to be around. I was shocked and saddened to hear what happened.”

The 60-year old Kent State alum was found dead Sunday night, after an apparent plane crash in the backyard of a home in Shalersville Township.

Residents of the home found Paulus in his 2017 Titan Tornado II D aircraft hours after the crash occurred.

“Our initial report says the pilot was just flying out enjoying his day,” said Sgt. Scott Louive from the Ravenna Division of the Ohio State Highway Patrol.

Now, close friends and family grieve as they try to understand how this happened to Paulus, the man with snow-white hair, a telltale smile and a wicked drive to fly.

“He died doing what he loved to do, flying his plane,” said David Bedard, a cousin, in a social media post.

Paulus was an experienced pilot who was a regular at the Portage County Regional Airport, his home away from home when he wasn’t at his Rootstown residence.

“(Paulus) was a really nice guy and was always around here,” said Jeff Cales, the owner of Jeff Cales Custom Aviation, an aircraft refinishing and painting company located within the port. He helped paint one of Paulus’ former planes.

Paulus volunteered at nearly every event and was heavily involved in the local Experimental Aircraft Association chapter he co-founded with Mars.

“If someone was new, he would give them pointers,” Mars said. “He would always give them a hand. He was just like that.”

When talking about Paulus, Mars often tells others about the Young Eagles Flights, a yearly event where pilots can give young aviation enthusiasts a ride in an airplane.

“He would have his plane stationed on the ground (before the flight), and he would walk them around and show them how every part works,” Mars said. “He was a great volunteer.”

Paulus began teaching at Maplewood Career Center in Ravenna, Ohio, before he taught at Portage Lakes Career Center, or PLCC, in 2015. He taught electrical technology, a skill he learned during his time in the Army working on voltage lines in Germany and the U.S.

He was known as being a hands-on teacher who rarely had students sit at desks.

Travis Murdock, a robotics student at PLCC, describes Paulus as strict, but in a good way, with a sarcastic sense of humor. While he never had him for class, the two would get coffee together every morning before school.

“He was kind and caring,” Murdock said. “He had a big personality, but that is what made him extraordinary. Like I said, I wasn’t his student, … but I do know he was knowledgeable and consistent in his trade, and that made him a great teacher.”

Paulus talked about his planes all the time in the classroom. When students were not working on assignments, he would often show the class the planes he wanted or the flight routes he took that week.

“He seriously flew every weekend,” said Matt Macerol, a junior high school student in the electrical technology class. “It’s strange, him not being in the classroom. We always had an inside joke that he would be immortal and live out all of us. It’s very shocking.”

Rachel Duthie is the features editor. Contact her at [email protected]