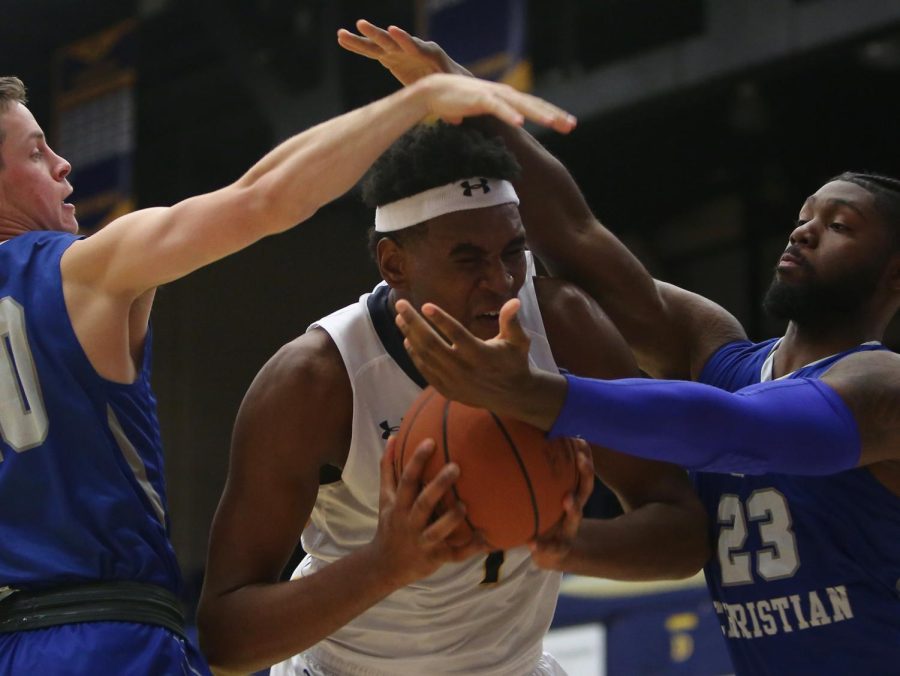 The Kent State men’s basketball team got off to a hot start this season, winning its first three games by an average of 26.3 points and encouraging hope for another successful season off the back of last year’s NCAA Tournament run.

After a home loss to Southeastern Louisiana on Nov. 21 ended the Flashes’ perfect season, the team’s woes continued with two more losses to Valparaiso Friday and Loyola University Chicago Saturday in the Savannah Invitational in Savannah, Georgia.

The Flashes (3-3) began the weekend with a 77-67 loss to the Valparaiso Crusaders (6-0) of the Missouri Valley Conference.

“Tough loss,” Senderoff told Kent State Athletics. “The score says we lost by 10, but it was a one-possession game with a minute to go. They made some big plays when it came down to crunch time. Hopefully we can get better from this experience. It’s tough to lose when you compete as hard as we did today, but you move on and play again tomorrow.”

The Flashes trailed by as many as 14 points in the second half and drew within one point with 30 seconds to go. The Crusaders pulled away with a clutch three-pointer from junior guard Joe Burton and four free throws before adding on with a layup at the buzzer.

Junior guard Jaylin Walker continued his streak of leading the team in scoring with 15 points and three assists. Sophomore guard Mitch Peterson had his best game of the season with 10 points and eight rebounds, including three three-pointers. Junior center Adonis De La Rosa pitched in with 10 points on 3-for-3 shooting.

The Flashes trailed by one at halftime thanks to eight first half points from Walker and four team steals. The game quickly got out of hand after halftime though, as the Ramblers shot 60 percent from the field compared to the Flashes’ 34.6 percent en route to a 14-point advantage in the second half.

Kent State had trouble containing Loyola Chicago’s Donte Ingram and Marques Townes, especially in the second half. The guards combined for 22 points and eight rebounds in the period on 8-for-12 shooting, including 4-for-6 from three-point range.

Ingram and freshman center Cameron Krutwig each pulled down 11 rebounds for the Ramblers, leading the team to a 40 to 30 advantage on the glass.

Walker and junior forward Akiean Frederick led the Flashes with 13 points each. De La Rosa scored 10 points, grabbed four rebounds and turned the ball over five times before fouling out in 20 minutes.

The Flashes will look to right the ship when they return to the court at 7 p.m. Wednesday for another road contest at Norfolk State.

Cameron Hoover is a sports reporter. Contact him at [email protected]